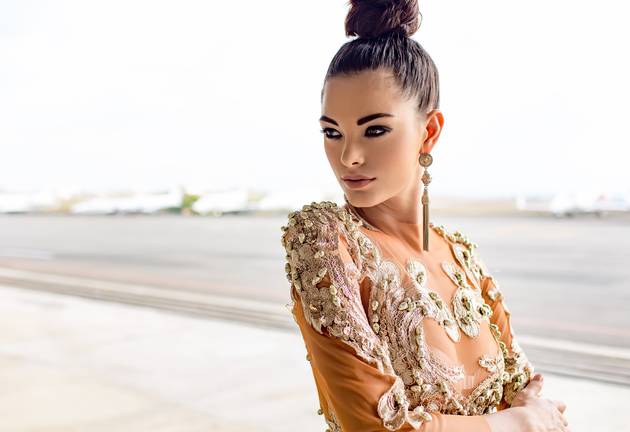 Miss South Africa Demi-Leigh Nel-Peters has again found herself at the centre of controversy after she posted pictures of herself wearing gloves while serving food to children at the Ikageng Community Centre, sparking debate about whether she was doing it for hygiene reasons or if the wearing of gloves was "racially motivated."

Social media was divided with some users tracking down images of the beauty queen with white children sans gloves and comparing it to her at the centre wearing gloves. At the same time images of Nel-Peters with visiting other centres with black children, also not wearing gloves, have also been put out.

Miss SA actions have no justification

THEY ARE DISGUSTING AND OF A RACISM ACT pic.twitter.com/0oILdBlFlb

Miss SA is not racist. pic.twitter.com/ZMNskCBpoz

Black twitter and blowing things way out of proportion.. the Miss SA situation is not that deep... y'all are always mad. pic.twitter.com/vmo03ZtDhw

1. U don't handle food with LATEX, especially 4 children 😩😩😷. They use plastic gloves
2. If it's for hygiene where is Miss SA 's hair net? https://t.co/EXT3fRHO0N

Nel-Peters defended her actions and explained that everyone who participated in the soup drive was given the gloves to wear.

“I just want to clear something. All the volunteers on site wore gloves because we honestly thought that it’s the right thing to do while working with food. We were handing out food to young kids and that was the only intention with wearing the gloves, it was purely to be as hygienic as possible. I really feel like my intention were really misunderstood but I would like to apologise if I offended anyone," she said on social media.

"Our intentions were completely innocent going into the home. We were handed the gloves together with all other volunteers as we walked in and it was purely for hygiene purposes. The thing is it was such a busy day, so we hopped from preparing food to playing with the children. We did not think that the pictures would cause such a hype on Twitter as they were really innocent," she said.

According to a statement issued by Miss South Africa the purpose of the visit was to help prepare and serve a hot meal to 300 people as part of an ongoing campaign.

The statement went on to explain that Demi did not wear disposable gloves throughout the entire visit.

"All volunteers, including our staff members, wore gloves during the food preparation. It was mandatory. It was such a successful day and I am sorry that the focus is now on the gloves rather than the positive impact it had,” said programme director Carol Dyantyi.

We had such a ball with the kids at our Christmas party yesterday. I've been involved with "Lig Kinderbediening" for the last two and a half years, and it is so fulfilling to see how the children have developed and grown intellectually in this period. 🍕🍦🎄🎁 Also a big thanks to @romans_pizza for sponsoring the yummy pizza! #kids #christmas #party #pizza #love #southafrica #misssa2017

To everyone asking about the gloves, I truly hope that you'll hear my heart and understand that it came from a place of wanting to do good. pic.twitter.com/Pl5amM2gEM

Award-winning musician Zahara is opened up about her painful split from radio DJ Amaza Ntshanga and how she finally found the "real man" she needed ...
TshisaLIVE
5 years ago

After six year's on Rhythm City, actress Nolo Phiri has decided to leave the popular E.tv soapie to become a production company boss.
TshisaLIVE
5 years ago

The second season of Somizi's popular reality show, Living the Dream with Somizi, drew to a close on Wednesday night with more drama than a ...
TshisaLIVE
5 years ago