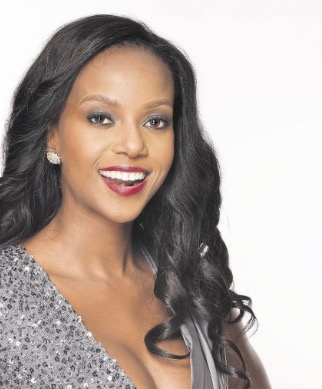 After much speculation Nonhle Ndala has confirmed on Top Billing that she is expecting twins with Bafana Bafana player Andile Jali.

Although Nonhle has not confirmed the news publicly she has been dropping hints on her social media accounts.

She posted an image of herself in a bikini top on June 17 showing off her cleavage with the caption "two weeks to go."

Friends have also been congratulating her on social media and have made reference to her becoming a mommy again.

However, she saved the final confirmation for an interview on Top Billing which  aired on Thursday night.

"I'm four weeks away from delivery. It has been hard (to keep it a secret) because a pregnancy is something you want to celebrate and get excited about but this time I couldn't so I decided to keep it a secret," she said.

Nonhle revealed she is expecting both a boy and a girl. Nonhle and Andile already have one-year-old daughter, Amahle.

UPDATE: Nonhle has already given birth to twins!

Tbo Touch's motivational tweet turned into a platform for some tweeps who don't easily forget, to remind Touch that he "abandoned" the #DataMustFall ...
TshisaLIVE
4 years ago