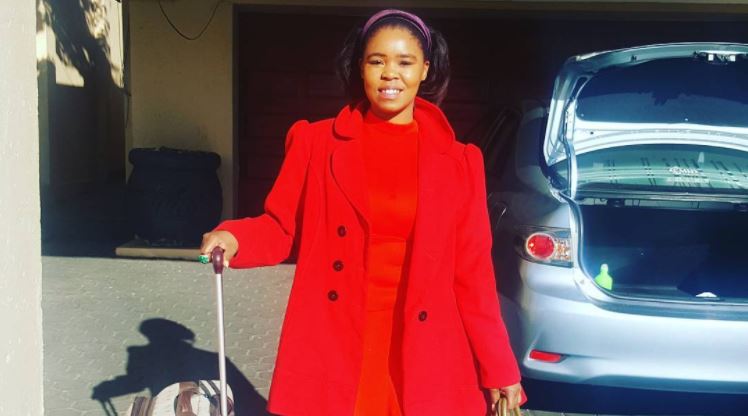 Zahara has opened up about her break-up.
Image: Via Instagram

Award-winning musician Zahara has revealed telling details about her painful split from radio DJ Amaza Ntshanga and how she got through the heartbreak to find love again.

Zahara's love life made headlines recently when reports emerged that she had called it quits with Amaza.

Speaking to TshisaLIVE Zahara confirmed she and Amaza split in November last year after they realised they both wanted different things.

"I don't want to talk about the break-up because it was an emotional time for me. I just needed a real man and he wasn't the right one for me. He is the best at what he does and I don't want his private life to impact on his career. He simply couldn't love me the way I wanted because he was not right for me," Zahara said.

After a five-year relationship the couple got engaged in June last year and Amaza even approached Zahara's family to negotiate lobola ahead of their planned wedding.

Zahara said she "sent the cows" back to Amaza and his family after the break-up to show him the relationship was really over.

"I could not accept something when I knew that this was not the man I wanted to marry," she said.

"We met through a family member. He came over and the one thing I remember was that he prayed. I always wanted a praying man. We started speaking but after a few weeks I realised that I was in love. I was scared of those feelings and told him that it was too soon. Little did I know he would take the next plane to East London to come see me. He surprised me at the door with flowers. I knew then that I just needed to embrace love and let it happen," Zahara added.

After the lobola ordeal with Amaza, her parents were hesitant about Zahara's new love.

"They were worried about me and about this new relationship but I told my mother that I loved this man. I told her that he supports me without expecting anything in return and adores me. He told them that the next time he comes to visit it will be with cows for 'his queen," she said.

The internet nearly crumbled on Wednesday evening after US star Rob Kardashian took to social media to launch a full-scale attack on his baby mama ...
TshisaLIVE
4 years ago

Popular Motsweding FM radio personality Lara Kruger has opened up about the challenges she faces as a transgender woman in the entertainment ...
TshisaLIVE
4 years ago