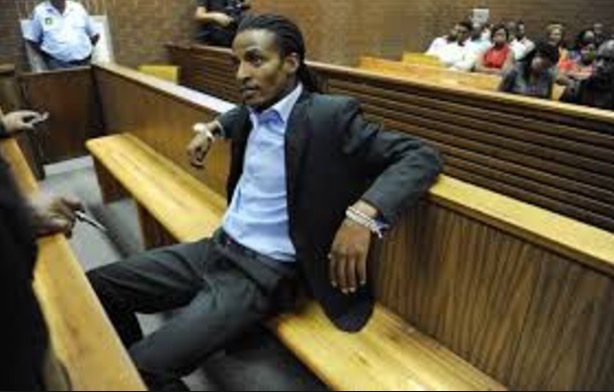 Brickz has been found guilty of rape, almost 4 years after the case was opened against him.
Image: Supplied

On Friday July 7, almost four years after kwaito star Brickz was arrested for rape, he was found guilty of the crime and now awaits his sentencing while behind bars. It has been a long journey since the charges were first laid against him in 2013.

Magistrate John Baloyi handed down judgement after a three-year court battle at the Roodepoort Magistrate Court.

A lot can happen in three years, which explains why many were shocked as news of the verdict went viral.  The artist, real name Sipho Charles Ndlovu, has been attending court on and off over the last few years.

However, Brickz still lived like a "free" man for three years, performing at concerts, participating in twars and making plans to advance his music career.

2013: In October a case is opened against him, then Brickz is arrested in November of the same year. He was accused of raping at 16-year-old girl at his Ruimsig home.

His lawyer argued that he had done nothing wrong and implied that he would plead not guilty.

According to Roodepoort Record, after a failed bail application at Roodepoort Magistrates’ Court on 19 November failed, the musician was later granted R50,000 bail and by Palm Ridge High Court. He was then released from the Krugersdorp Prison on 9 December.

At this point, Brickz said his short stint in jail had made him more aware of the plight of both rape victims and those who are accused falsely, which inspired him to start a foundation to assist both victims.

2014:  Come January, the case was postponed to March 6 due to 'necessary' further investigations. According to SABC the state told the court that it was still awaiting for an assessment report of the rape victim from the Teddy Bear Clinic.

His bail was extended and for the rest of the year he spent a "few minutes" in the dock to wait for the next date of his case.

After appearingin court in August and attempting to convince the national director of public prosecutions (NDPP) that the case had "weak and filled with holes", the NDPP decided in October that his case would continue.

Bricks appeared again in November but remained free, with his bail extended.

In between the several court appearances, he also managed to get into a Twitter war with Ntsiki Mazwai. She said that "drugs pushed Brickz over the edge" and he shot back with "I still have your nudes."

2015: In an interesting turn of event, Brickz and his baby mama Nqobile Ndlovu were reported to have patched things up. It was Ndlovu who had reportedly helped the 16-year-old lay the charges against the musician.

2016: Brickz went to visit the popular Pastor Mboro's church for blessings. The star was also plotting his musical comeback.

2017: Intimate details about his life were revealed by Ndlovu during cross-examination in court in April. These included stories involving alleged threesomes that the musician was often part of.

He famously reunited with DJ Cleo, with whom he had been feuding for almost a decade. He admitted that the fast life of drugs and booze had led him stray and in an interview with Phat Joe on Real Goboza said he had been going through a lot.

“I would like to think it was, when I got into the industry I was still mourning, I lost my mom. I lost my gran. My gran was like my father, like my dad. So I lost two of the most important people in my life, and when the money started rolling in, you never know what to do with it, really. Because the people you’ve dreamed of buying houses for are nowhere to be found," he said.

He again tried to get the case thrown out but the magistrate dismissed his attempts that the case be dropped on a technicality.

On Friday July 7 he was found guilty.

The last update from Brickz read:

It has been confirmed that R&B singer Cici has left Arthur Mafokate's record label 999 to join Ambitious Entertainment. Head of PR at Ambitiouz ...
TshisaLIVE
4 years ago

Nomzamo Mbatha knows why car accident was 'blown out of propotion'

A car accident involving actress Nomzamo Mbatha which happened in March has resurfaced and has turned into a public mud-slinging match between her ...
TshisaLIVE
4 years ago

'Isibaya actor was not booted for being drunk on set'- producers

Isibaya actor Andile Gumbi has left popular soapie Isibaya but the show's producers have slammed reports that it was because he was drunk and often ...
TshisaLIVE
4 years ago