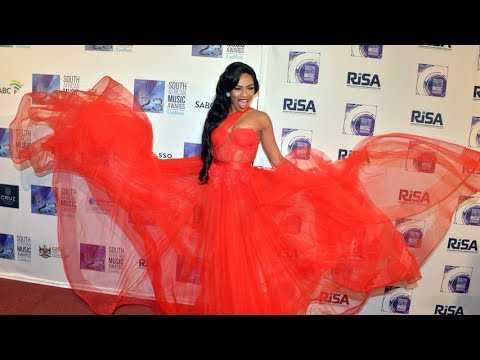 Bonang  Matheba maintains that she was just living her best life when she threw a massive birthday bash on the same day as Minnie Dlamini's traditional wedding and AKA's daughter's second birthday.

Bonang got dragged on social media for throwing the bash, with many pointing out that Bonang's actual birthday had been two weeks earlier.

Speaking to TshisaLIVE at the launch of Mzansi Magic's cooking show KFC Taste Kitchen, which she is host of, Bonang explained that the bash was thrown this past weekend because it was the only time all those close to her were available.

"The weekend of my birthday I was in New York. The week after my boyfriend was performing at the Durban July. So, I had it last week because everyone was available. I had been planning it for four and a half months but had to move it because I wanted all my most important people there," she told TshisaLIVE.

She said that she did not intend to shade Minnie or Kairo, and even went to Kairo's birthday party with AKA the next day.

She also shrugged off the hate she received, saying that other people's opinions of her did not bother her.

"I have been in the industry for 13 years. It is water off a duck's back. I am not worried about what people say. They will always talk about me because of who I am. As one of the biggest personalities in the country, if I throw a party, people care," she told TshisaLIVE.

Bonang said that she has learnt to not take the hate personally and instead channel the negativity into a positive.

"I have learnt to ignore the negativity and, to be honest, the hate spurs me on. It makes me better. I use it as fuel. I am who I am because of the hate," she said.

As Twitter zoned in on Bonang for hosting her extravagant 30th birthday bash on the same day as Kairo's, AKA celebrated his little girl's special day ...
TshisaLIVE
4 years ago

WATCH: Bonang's 30th will give you the feels

You've seen the pictures. Which means it's taken a while for all the glamour to sink in. And now you're trying to work out how much it cost.  But ...
TshisaLIVE
4 years ago

Right, so we know Bonang likes to do things in style. But nothing, and we mean nothing, could have prepared us for the level of extravagance that B ...
TshisaLIVE
4 years ago