Israel Matseke has a purpose for his 'ultimate gangster' tag 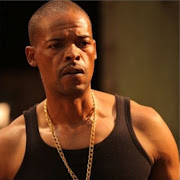 Actor Israel Matseke has opened up about how playing the role of a gangster in many SA films was part of his deal with God which he made while in prison as a teenager.

Speaking to TshisaLIVE the actor revealed how he had repented in prison and made a deal with God to use the "lessons learnt" in there to save lives.

"I was a teenager when I was in prison and I wasn't a gangster. I spent my time observing mannerism and finally repented for my sins and asked God to lead me. I always knew I had a talent for acting so I made a deal with God that my life would be used to lead people away from that life," he said.

The iNumber Number actor is popular for all the 'gangster' characters he's brought to life on various Mzansi films and dramas. His biggest break into the industry came through playing ring-leader gangster Nongoloza on Yizo Yizo.

While many actors are scared of being typecast, Israel explained that he used the roles to fulfill his purpose of showing people that gangsterism is dangerous.

He added that it was a risk on his life to "show people the real life of prison post apartheid".

"I was attacked for playing that role, because people knew it wasn't a lie as I had been there. I knew it was a risk to reveal prison rituals but I was willing to take the challenge because I trusted God," he said.

Although he may take other (softer/different) characters to show off his range, he said he will never turn away from playing SA's favourite gangster.

iNumber Number airs every Sunday at 8pm on Mzansi Magic.