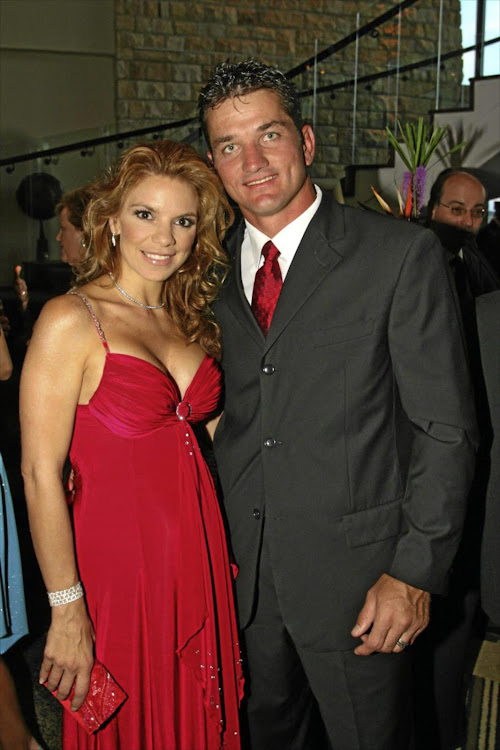 A recording of a telephonic conversation between Amor Vittone and Van der Westhuizen was "leaked" recently.
Image: GALLO IMAGES

Afrikaans singer and TV personality Amor Vittone is considering her legal options after a leaked voice recording, allegedly of a fight between herself and Springbok legend Joost Van der Westhuizen, was made public on Saturday.

In the voice recording Amor can allegedly be heard verbally abusing Joost.

"You're in a wheelchair little boy. You can't do anything for yourself. I don't need you in my life. You're such a low-life asshole," she allegedly said.

The video was published by YOU magazine and the publication quoted Amor as saying she believed the recording was manipulated.

“I might have said I shouldn’t have married him. But what happened before that conversation? What had he told me to react like that? I believe the video was manipulated from a number of different conversations and parts of it are fake," she told the publication.

Her lawyer, however, said before any confirmation or denial regarding the authenticity of the recording, they needed the full and un-edited version of it.

He also appealed to the person or people responsible for distributing the video to come forward. On Monday afternoon he confirmed that the source of the video had not come forward.

"No one has come forward and legal action is a possibility," said Amor's lawyer Sean Hefferman.

"The conversation was about a year before Joost lost his voice completely. However, at the time he struggled to speak as if someone was covering his windpipe," said family spokesperson Odette Schwegler.

Schwegler also said since the release of the recording the family had received a number of abusive and defamatory communications.

"The family had nothing to do with the making and/or distribution of the video. Joost recorded a number of conversations in which Amor was abusive and this particular recording was made years ago (before Joost had completely lost his voice) - had they (the family) wanted to distribute it, they could have," she added.

The Van der Westhuizens have said they are also in the process of appointing specialist legal teams to protect the rights of the family (including those of Joost's two children).

Just hours after Amor Vittone denied that it was her voice heard in a recorded argument allegedly between herself and Joost van der Westhuizen, the ...
TshisaLIVE
4 years ago

Vicious Amor & Joost fight leaked but she says it's 'manipulated'

A voice recording of an alleged fight between Joost van der Westhuizen and Amor Vittone has been published by YOU magazine, where the singer can be ...
TshisaLIVE
4 years ago

The family of late Springbok rugby player Joost van der Westhuizen has hit back at his former estranged wife Amor Vittone and challenged claims that ...
TshisaLIVE
4 years ago

Joost van der Westhuizen’s estranged wife, Amor Vittone, is tired of being "painted as a bad person and a dead-beat mother" and is planning to write ...
TshisaLIVE
4 years ago