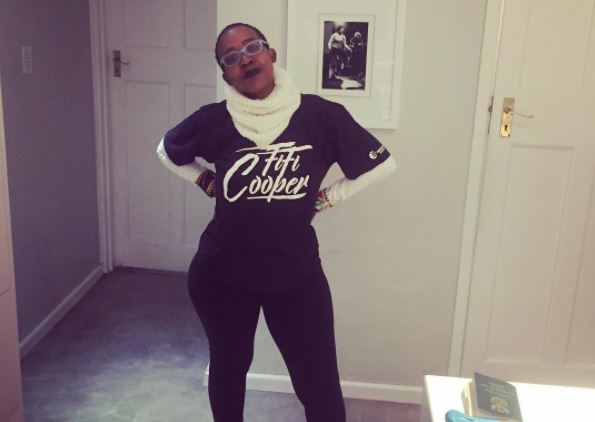 Just hours after getting into a heated argument with Julius Malema, Ntsiki Mazwai has told fans that she will have to prepare herself "mentally" for imprisonment if the EFF leader one day becomes president of South Africa.

Taking to Twitter in the aftermath of their feud, Ntsiki told a fan who had criticised Julius' heavy-handedness that she would most likely be punished if Julius was ever elected president.

I must just prepare myself mentally for a cell at jhb prison 🤷🏿‍♀️ https://t.co/z1HTwEAXLV

Ntsiki also took to Instagram to lambaste Julius' fans who she claims attacked her during the argument. In a video she said that her fans had been dignified in their responses while Julius' had been disrespectful.

"We are dealing with two different standards and calibre of leadership. Your fans will represent you in the way that you are," she said.

Shout out to my supporters for having class and dignity

Julius and Ntsiki lit up Twitter on Sunday night after Ntsiki apparently tweeted that she would "pass on the EFF" if the party was being made all about Julius. Julius responded by claiming that he did not need an endorsement from a "failed poet" like Ntsiki Mazwai.

Julius Malema and Musician Ntsiki Mazwai lit up Twitter on Sunday night with an explosive feud, which saw Ntsiki threatening to walk away from the ...
TshisaLIVE
4 years ago