Lloyd Cele: My 'gold' hair was to inspire people to be brave 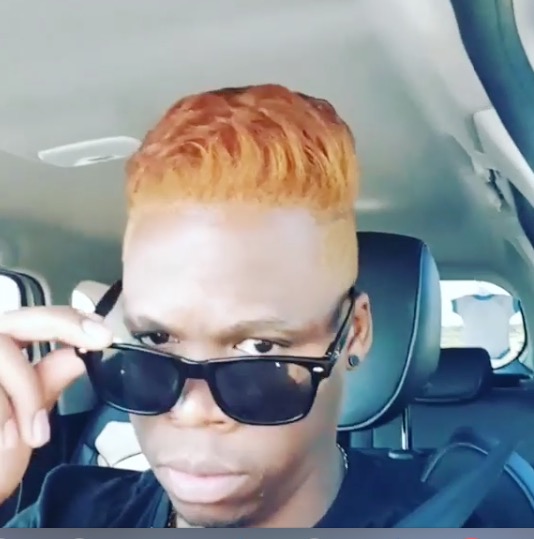 Black Twitter, get those fingers ready, cause y'all are going to have a Ntsiki Mazwai tantrum when you read this interview with Lloyd Cele about his hair.

Lloyd jumped to stardom in 2010 after coming second in Idols SA. At the time, winner and his close friend, Elvis Blue, gave half his winnings to Lloyd as part of a pact they had made during the show.

While Lloyd's music career has continued under the radar, it was his hair that grabbed the attention of Twitter folk this week. He posted a picture of himself with what appeared to be a new 'orange' do, but speaking to TshisaLIVE Lloyd quickly shot that down and said it was gold. He also spoke to us about everything hair related, including costs, his inspiration and how regularly he goes to the salon.

TshisaLIVE: So, you've been trending...

Lloyd Cele: I see that. And I don't care. Haters gonna hate. It doesn't bother me. I mean, I just had a baby but people care about my hair.

TL: Ja, we said congrats on your baby. But back to the hair:How long did it take to have your hair done?

LC: About an hour and a half. They have to tint it, then relax it, then blow it out and then iron it. You can't relax your hair all the time. It's bad for you.

TL: Preach brother! To be clear, this is all your own hair?

TL: How much was it?

TL: Tell us about your hairdresser.

LC: I've been going to the same barber for four years. I go once a week. I don't trust anyone with my hair. Image is very important to me. I am a public figure. I have my scalp treated and I really enjoy it. I'm very fussy when it comes to my hair and my barber gets me.

TL: Every week? Damn, we last went in February.

TL: Obviously... Why did you decide to go orange?

LC: It's not orange. It's gold. I wanted to try something different. I wanted to send a message to my fans not to be afraid. So many people are scared of trying things they are afraid of. I live a fearless life. People are always concerned about making other people happy. I have a social media following and everything that I do is to inspire my fans. I stay true to myself and my identity.

TL: That's a lot of deep thought for a haircut...

LC: Everything I do has a purpose. I'm a public figure and, as a celebrity, I have a responsibility to motivate people. I don't want to miss out on life because I'm too afraid. I'm firm in what I stand for. I stand for Godliness. I stand for my family.

TL: How do you think this was inspiring, considering all the hate?

LC: One lady sent in a picture saying she had changed her hair to all kinds of colours. I don't care about what people say. I don't entertain negativity. It doesn't affect me. I'm here to have an impact with my fans because I am a celebrity and that's what I'm focussed on.

Bring out the choir, cause we're in a church fam!