'I still miss him' - Naomi Campbell speaks about Mandela 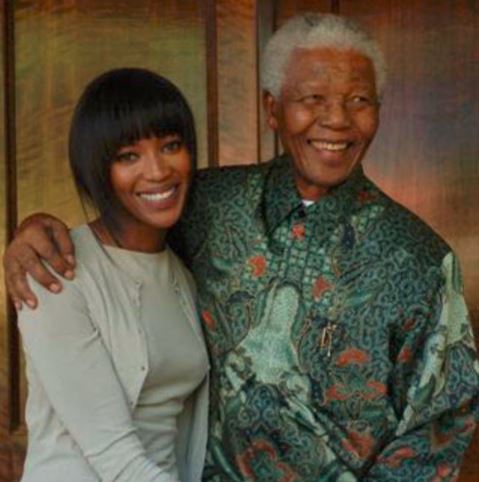 As Mandela month comes to an end, the DJ Fresh Breakfast team got in touch with 'Madiba's adopted granddaughter' and supermodel Naomi Campbell to pick her brains about what she had done in Madiba's honour this year.

The model spoke to the Fresh Breakfast team about how Madiba's legacy inspired her and taught her some of the greatest life lessons.

"I still miss him, his values and his wisdom. I try to hold onto my memories of him. I learned philanthropy from Madiba, when he spoke about it at that time I did not know exactly what it meant but I learnt [everything] about it from him," she said.

The model-turned-businesswoman said she had a number of projects that she did throughout the year and mentioned that Madiba's spirit of "selflessness" was deeply embedded in her.

"You do what you can in your own way, the best way you can. Every bit helps and there's no magic. You just have to give what you can, and that is one of the things I cherish from him, he would give advice but sometimes he would just hold my hand and I treasure those memories," Naomi said.

Naomi met Mandela in the 90s and struck up a great bond with him, which saw her visiting SA a number of times for charity.

In 2008, Daily Mail reported that Mandela had apparently removed Naomi from his 90th birthday concert after she got into an altercation with flight attendants, when her luggage went missing and resulted in her being arrested.

However, the model later "mended" her ways and credited Mandela for the inspiration whom she called her "honourary grandfather".

"I don’t know why he reached out to me or what he sees in me. Every time I’ve made a mistake, he’s told me to keep my head up and keep going. Sometimes it’s hard because I feel so much shame. But a lot of it, I do for him," reported the Daily Mail in 2010.