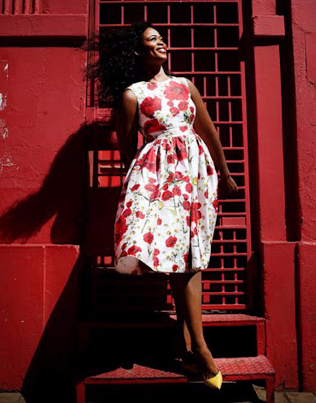 Pretty Yende has won over international hearts with her performances.

Acclaimed South African opera singer Pretty Yende has added to her international fame with yet another prestigious award, walking away with an Echo Klassik gong in Germany.

Pretty walked away with the Newcomer of the Year prize last week ahead of a glitzy handover ceremony to be held in October at Hamburg's Elbphilharmonie.

Echo Klassik is one of the most renowned classical music awards in the world, with some of the biggest names in the genre being honoured each year at a swanky gala event.

Pretty described the win as "a dream come true" and told her social media fans that she was honoured to have her debut album, A Journey, rated so highly by one of the global authorities on classical music.

"This is truly a dream come true for me, I am beyond honoured to receive the Newcomer of the Year Award from Echo Klassik. I am thrilled that my debut album has afforded me the thrilling luxury to be recognized by Echo Klassik," she said.

The award comes two months after Pretty was honoured with a 2017 International Opera Award for Best Recording – Solo Recital for the same album.

Since the beginning of the year, Pretty has appeared in a number of theatre productions, including at the Metropolitan Opera as Rosina in Il Barbiere di Siviglia, Juliette in Romeo et Juliette and Elvira in I Puritani. She also performed on popular American TV programs The Late Show with Steven Colbert, The Wendy Williams Show and Good Morning America.

Reflecting on the success of the album that has seen her garner praise from fans and media around the world, Pretty said that the recognition gave her the courage to push forward with her dreams to conquer the theatre world.

"I receive it as a deep encouragement to pursue my journey, joyously sharing this precious gift I have been entrusted with on the global world operatic stage. I am grateful to all my fans for their immense support," she added.