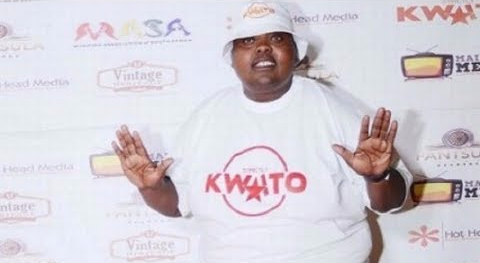 Pastor Paseka "Mboro" Motsoeneng has told TshisaLIVE he has been asked to help bury late kwaito star Tsekeleke after the family called on him to lend a helping hand.

Mboro said he went to visit the family on Wednesday afternoon after he was informed of Tsekeleke's death.

The pastor said he had not seen Tsekeleke since late last year but his great personality had a lasting impression on him, compelling him to support the family in every way possible.

"Although I had not seen Tsekeleke in quite some time, the man I got to know while we prayed together last year was a great man. He was one of the most respectable people I ever met and was always making people around him happy, even when he was in pain. So that is why when the family called to inform and asked for my help, I promised I will do all in my power to help," he said.

Mboro said that just as Tsekeleke had sought him out, the family also called on him as a pastor who personally knew Tsekeleke to bury him. He added that the family shared some of the challenges they are now faced with.

"There are challenges but I will help where I can because the [financial] situation at home is not the best. The atmosphere is obviously so sombre. They have asked me to officiate the funeral, and I will do it. I will bury him despite the fact that he had stopped coming to church, because he loved and believed in me and I love him too," he said.

Although Mboro said he was warmly welcomed by Tsekeleke's family, Tsekeleke's close friend Max "Chief" Mjamba seemed to have some "hostility" towards the pastor, whom he felt had taken advantage of Tsekeleke's "desperation".

Chief told TshisaLIVE that Mboro had "disappeared" when Tsekeleke got worse.

“He (Tsekeleke) always thought that he could beat it (diabetes) and in his desperation he was listening to people and getting hope in the promises of people who said they could heal him. Like that bogus pastor who promised to heal him. He told him he would not die and that he would heal him but here we are now. He was on the TV saying all these things about Tsekeleke and putting him on programs but it didn’t help. I didn’t believe in it and took no part in it. He disappeared after that (putting him on the program) and we haven’t seen him since. I don’t want to speak to him. I don’t think he helped at all and I told the family to stay away from him,” Chief said.