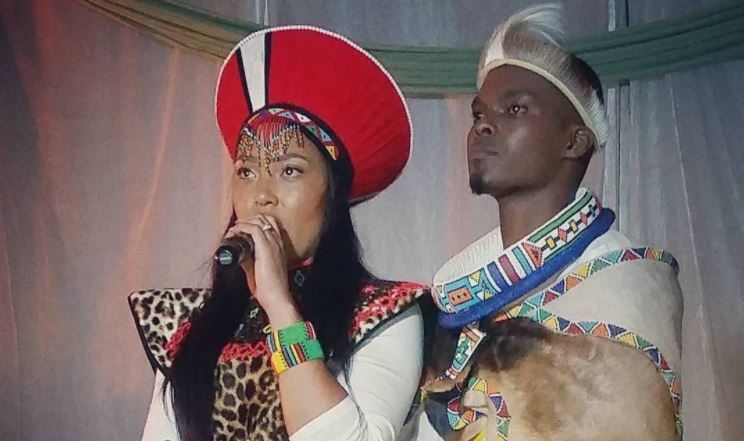 Dumi Masilela's widow Simphiwe "Simz" Ngema held her husband and tried to comfort him in the hours leading to his death, but did not say her final goodbyes because she believed he would make a full recovery.

The star died in hospital on Thursday morning after being shot in an attempted hijacking hours earlier.

Masilela family spokesperson Mpumi Phillips told TshisaLIVE that Simphiwe got a phone call on Wednesday evening telling her that Dumi had been shot and was being taken to a hospital in Tembisa, a 30-minute drive from her home. She rushed to the hospital to be at his side.

"Simphiwe arrived at the hospital and Dumi was conscious enough to speak to her. She embraced him. He kept telling doctors he was in pain so Simphiwe did her best to comfort him and keep his spirits up. They spent time together while doctors evaluated him," Mpumi said.

Mpumi said that Simphiwe refused to say her final goodbyes to Dumi because she believed he would recover.

"For her, it wasn't a final goodbye. She didn't say goodbye because she didn't think he would die. She thought he would recover," she said.

"He was rushed off to theatre to attend to the wounds and after five hours of surgery, the doctors came out to tell Simphiwe that Dumi had died. She was supported by a close friend but was in serious shock," Mpumi added.

The pair recently got married and were starting to become more open about their relationship.

Dumi, who played the role of Sifiso Ngema on Rhythm City, had been visiting a friend in Tembisa on Wednesday night. He had parked his car in a road when a black Jeep approached them. They tried to flee but the Jeep gave chase and the occupants opened fire.