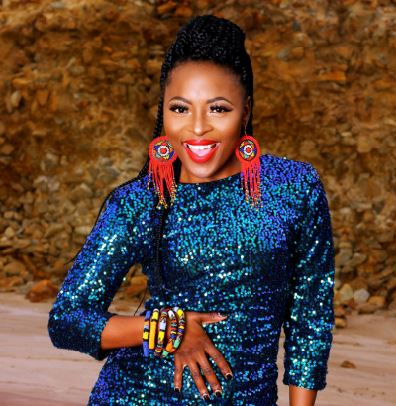 Actress Lerato Mvelase is ready to share her music with Mzansi
Image: Supplied

Actress Lerato Mvelase is finally ready to introduce Mzansi to her music after announcing last year she would be releasing new sounds.

Speaking to TshisaLIVE Lerato explained that although her sound would mostly be afro-soul, she wanted her first single, Themba, to be a house song to show people a different side of her.

"My song is about Themba (hope). I want to inspire people to believe in something. In the song I talk about believing in joy, love and respect. But more than that, we should believe in ourselves, our dreams and our purpose. I believe house music has been made just about the beat and very few artists make an effort to carry positive and meaningful messages on this type of sound. Seeing that South Africans love house music, I figured why not use this tool to stand for something," she said.

The actress, who also hogged headlines when she revealed that she heeded her ancestral calling last year, told TshisaLIVE that her music had nothing to do with her sangoma duties.

She added that she gravitated more towards drums and percussion instruments as her spirit "connects" with those instruments.

"My upcoming album will only come next year. I'm dominant in afro-soul, purely because it is a sound that moves me. My spirit connects with these instruments. But Themba [her new single] has nothing to do with me being a sangoma," she said.

Lerato also has a long resume where acting is concerned, having been in a lot of impressive productions such as Home Affairs, Saints and Sinners, Society and Soul City.

She said she hoped to have her two talents flourish and believes she's made enough impact for her acting career not to be threatened by her music journey. She added that she has received incredible support for her music, which she is confident people will love.

"I'm inspired by human life experiences and how we wake up and try to make the most of what life brings to us. My music journey has not affected my acting career. I believe my acting work can hold its own and, if anything, these two should work well together," she said.

She said that she believed her hard work over the years to be recognised as a talent  would help her attract listeners for her music. She also admitted that she has some skeptics but hopes to prove them wrong.

"I believe South Africa will want to hear my song but the nerves are running high. I know some people are sceptical, but my voice and my song will speak for me."

He's one half of the Major League twins and one of the most talented musicians in Mzansi and guess what ladies? Bandile Mbere is single!
TshisaLIVE
4 years ago

Comedian-turned-presenter Donovan Goliath has compared replacing Phat Joe on Real Goboza as being "upgraded from a side chick to the main chick". The ...
TshisaLIVE
4 years ago

While Twitter was divided into #TeamBonang and #TeamEuphonik after Euphonik's "home wrecker" tweet went viral, Skolopad was declaring her crush for ...
TshisaLIVE
4 years ago

Close friends and family of late musician Anthony “Tsekeleke” Motaung are expected to pour to the family’s home in Tembisa next weekend for the ...
TshisaLIVE
4 years ago

While many were introduced to Dumi Masilela the soccer star, it was only a matter of time until his voice stole the spotlight. After Dumi entered ...
TshisaLIVE
4 years ago