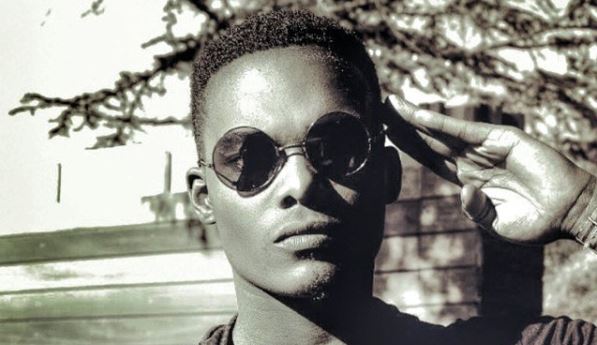 Three days ago Simphiwe ‘Simz’ Ngema was celebrating the fact that August was her birthday month. Now she’s a widow, refusing to believe that her husband, Dumi Masilela, who she married in a traditional ceremony in May, was gunned down in a botched hijacking in Tembisa on Wednesday night.

“She held him and tried to comfort him in the hours leading to his death. For her it wasn’t a final goodbye because she didn’t think he would die. She thought he would recover,” said family spokesperson Mpumi Phillips.

Masilela and a friend had parked a VW Golf in the road when a black Jeep approached them. They tried to flee from attempted hijackers but a car chase ensued and the occupants of the Jeep opened fire.

Police have appealed to members of the Tembisa community to come forward with any leads on the occupants of the black Jeep who opened fire and killed ...
TshisaLIVE
4 years ago

The Rhythm City actor was shot and rushed to hospital, where he was still conscious as family and friends rushed to his side. His new bride held his hand as he complained of severe pain and was taken to emergency surgery. She wouldn’t see him alive again. After a gruelling five hour surgery and all attempts to save his life, the 29-year-old died.

"Simphiwe is devastated and in deep shock. She is a strong woman and seems to be handling it a moment at a time. She is surrounded by close friends and family who are watching over her and providing her with support. His mother is also not coping with the news. She lost her husband just a year ago and so she is shattered by Dumi's death ," Phillips said.

The sombre mood at the family home, broken now and then by Ngema crying or sharing memories of her husband, was dealt another tragic blow after the actor’s aunt died “after hearing Dumi had died.”

The aunty was the actor’s father’s sister and was still mourning the death of her brother when she heard about her nephew being gunned down.

Ngema, a former Muvhango actress, tried to focus on the good memories. The couple, who were dating for a few years before their traditional ceremony, became media darlings for their loved-up social media posts and sweet dedications to each other. Just this week the actress paid tribute to her husband on Instagram.

Simz and Dumi: An abrupt end to a blossoming love story

"The world has not seen nor heard of what God has in store for you. Watching you grow into the role of being a husband and leader of our family has been a blessing. I am proud to be called your wife."

And even in death, in between the tears, Ngema could only praise her husband.

"She told family and friends that he (Dumi) would often visit schools to give motivational talks and would be swamped by fans and admirers. It was something that made him happy," Phillips added.

Although South Africans knew Masilela for his role as Sfiso Ngema on Rhythm City he was considered a triple threat as a talented soccer player, singer and actor. He first shot to fame with a promising career with PSL side Supersport United.

From soccer player to singer and actor, Dumi was a triple threat gone too soon

The news of the sudden death of Rhythm City actor Dumi Masilela has left the country shocked. Dumi was more than just an actor, having showcased his ...
TshisaLIVE
4 years ago

After a car accident sidelined Masilela's professional soccer career several years ago, he auditioned for TV music reality competition Idols SA, where he finished in the top 18. This saw him quickly snatched up by e.tv's Rhythm City.

"My character’s story took me on a journey of self-discovery that helped me to unveil my pain and deal with it," he was quoted as saying.

Tributes from cast members, politicians, friends and family have poured in with sentiment being unanimous: crime has robbed us of a great talent.