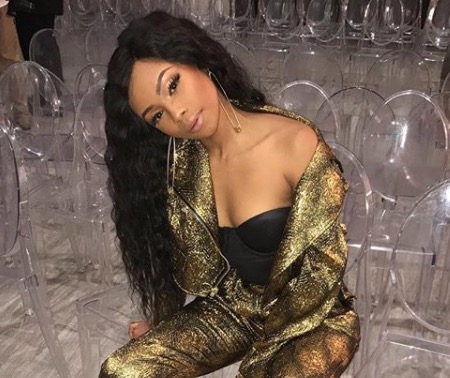 Just hours before friends, family and fans gathered at the ultra-posh Diamond Walk in Sandton City to celebrate the launch of Bonang's book, Bonang: From A to B, social media users criticised the book for its 'grammatical errors'.

The book became a talking point on social media after users pointed out that Bonang's birthday was published as 24 June, when it is 25 June. Twitter users also shared screenshots of a page where words were missing.

Speaking to TshisaLIVE at the launch, the publisher of BlackBird Books Thabiso Mahlape, said she took responsibility for the errors.

"I take full responsibility for what happened. The last thing I want is for black people to be accused of mediocrity and I should do better. It's on me as the publisher. I ought to have done better," she said.

Thabiso explained she wrote the line that included Bonang's birth date and 24 June stuck in her head because B initially planned to have her party on the date. "It was my mistake. I wrote that line and it went through all the various processes and no one caught it...it happens," she added.

Thabiso also challenged critics to point out the grammatical errors, as according to her, there are only two pages with mistakes.

The social media fiasco did not dampen Bonang's special night though. Instead she spoke about the journey with pride.

While Twitter was divided into #TeamBonang and #TeamEuphonik after Euphonik's "home wrecker" tweet went viral, Skolopad was declaring her crush for ...
TshisaLIVE
4 years ago

DJ Black Coffee has reached out to award-winning author Paulo Coelho to possibly write his biography, with The Alchemist writer promising to get in ...
TshisaLIVE
4 years ago