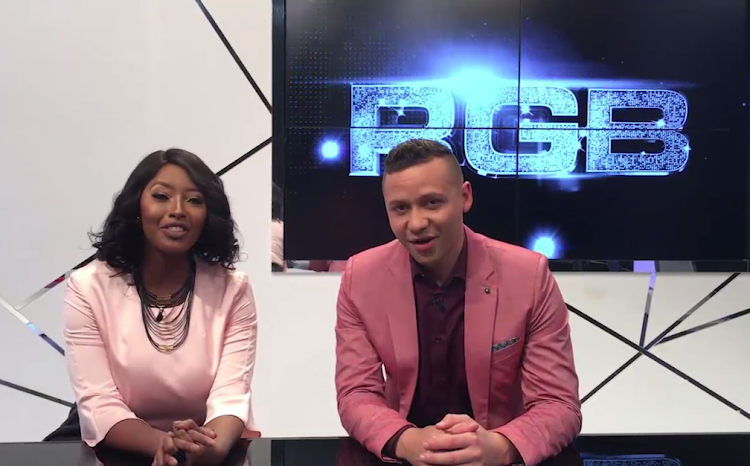 Comedian-turned-presenter Donovan Goliath has compared replacing Phat Joe on Real Goboza as being "upgraded from a side chick to the main chick".

The comedian had been presenting the show since Phat Joe resigned three weeks ago, however the SABC made his appointment official on Thursday. Donovan will co-host the show alongside Sinazo Yolwa.

Speaking to TshisaLIVE, Donovan expressed his joy at the opportunity to join the Saturday night celebrity lifestyle show.

“I am super excited to be joining the show in a permanent role. I am a comedian so people can expect more skits and impressions, games, jokes and ad lib. I am really trying to add depth to the show but also make it fun," he said.

SABC’s head of PR for TV Channels Zandile Nkonyeni said they were confident he would bring something new to the show.

“We are excited to have Donovan joining the RGB and the SABC 1 family. We are confident that he will elevate the show with his unique ability to connect with guests and resonate with viewers through his humour, insight and charisma," she said.

Donovan has had various television roles before which include appearing as a contestant on Strictly Come Dancing and co-hosting The Great South African Bake Off.

RGB airs every Saturday evening at 7.30pm on SABC 1.

While many were introduced to Dumi Masilela the soccer star, it was only a matter of time until his voice stole the spotlight. After Dumi entered ...
TshisaLIVE
4 years ago

I turned down a big cheque from 947, says DJ Fresh

DJ Fresh has turned down many opportunities and recently revealed that he also said no to an offer from 947 that came along with a big cheque.
TshisaLIVE
4 years ago