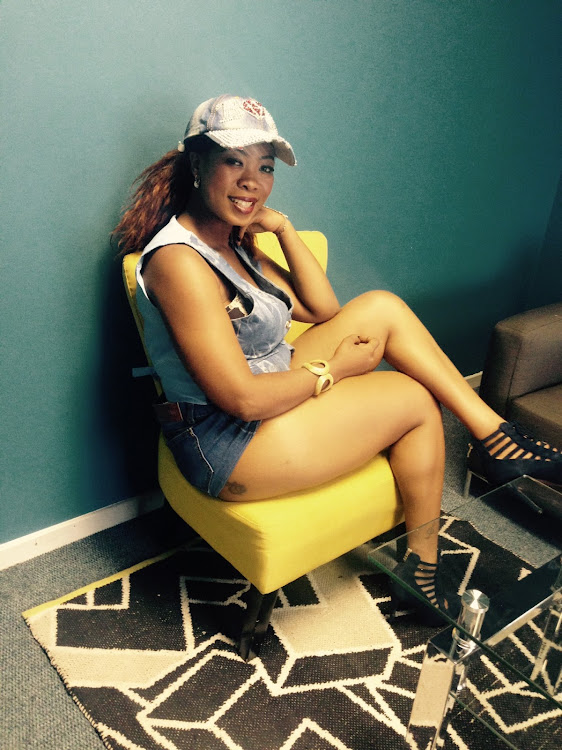 Nonhlanhla Qwabe aka Skolopad says Euphonik is her "kind" of man.
Image: Via Twitter

While Twitter was divided into #TeamBonang and #TeamEuphonik after Euphonik's "home wrecker" tweet went viral, Skolopad was declaring her crush for Euphonik whom she says is her "type".

The DJ topped the Twitter trend list after he made comments about a person who apparently "takes drugs" and "wrecks homes" on Wednesday.

While most tweeps shared their opinions and assumptions about the person Euphonik was tweeting about, entertainer Skolopad asked to be "hooked" up with Euphonik.

The entertainer told TshisaLIVE that she wantS to "help" Euphonik get over his "obsession" with Bonang. She added she has always had a crush on Euphonik and saw there may be an opportunity to "connect".

Skolopad also said that she would be "forever grateful" if someone could give the DJ her digits. She said she felt that people were too judgmental towards Euphonik and that if she lived in Joburg, she would "follow" the DJ across every event.

"I am not even kidding. If I lived in Joburg I would never miss a [DJ] set from him. I wouldn't even go for the music, just for him," she told TshisaLIVE.

@queenB can u pls hook me up with @Euphonik cs i see everyone is busy juggling him. can anyone pls give dt man my tens

Bonang explains why she cut Somizi out her life

More than a year after Bonang Matheba and Somizi's flashy friendship came to an abrupt end, Bonang finally revealed what it was that led to her ...
TshisaLIVE
4 years ago

Bonnie Mbuli has stepped up to defend Skolopad against people who criticise  and undermine her dignity due to her style. The presenter took to ...
TshisaLIVE
4 years ago