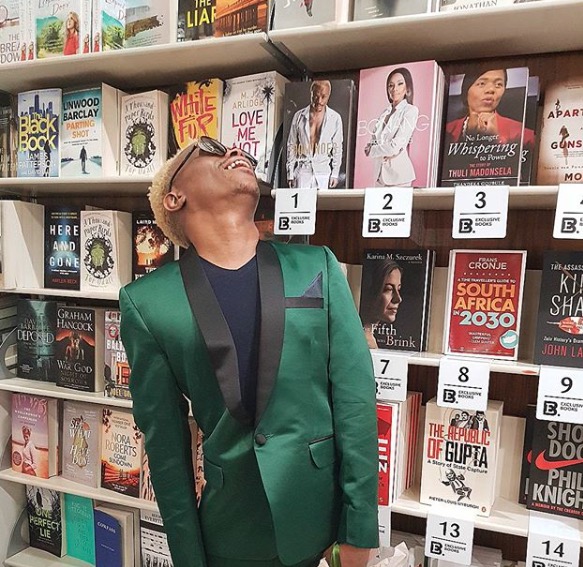 Somizi is not playing around
Image: Via Somizi Instagram

Just when people thought the two may make friends or even start being civil to each other, Bonang Matheba released her book and in it mentioned why she decided to end her friendship with Somizi.

Insiders have told TshisaLIVE Somizi was "really angry" about the mention of his name in his former bestie's book and it took a while for him to calm down. In true Somizi style he didn't just let it slide.

Instead of losing his temper, he poked fun at B and posted a few not so subtle messages on his Instagram account.

He started off by posting this message. Below is a copy of the chapter where she mentions Somizi.

Oh now I know what I was thinking. To tell u that my book has been delivered at all exclusive books nation wide. Pl get a copy before it runs out AGAIN. thank u once again for the support.

Wow wow , Who edited this book ? The Grammar .. athi Somizi did what ?? #Bonang pic.twitter.com/YlX7fjUv6s

There's been lots of talk about the many grammatical errors in Bonang's book. Somizi did not waste the opportunity and posted a video of himself with a fan explaining he just wanted to check there were "no errors."

Since the frenemies now both have books out at the same time, it's no doubt a competition to see whose book will be number one. Well, Somizi made sure his message was loud and clear.

Somizi has lambasted musician who "gossip" about Thandiswa Mazwai's use of traditional incense during her performances and accuse her of witchcraft.
TshisaLIVE
4 years ago

DJ Black Coffee has reached out to award-winning author Paulo Coelho to possibly write his biography, with The Alchemist writer promising to get in ...
TshisaLIVE
4 years ago

After a month-long break, Vuzu Amp's popular entertainment show V-Entertainment will return to screens on Friday with Somizi, Nomuzi Mabena and Scoop ...
TshisaLIVE
4 years ago