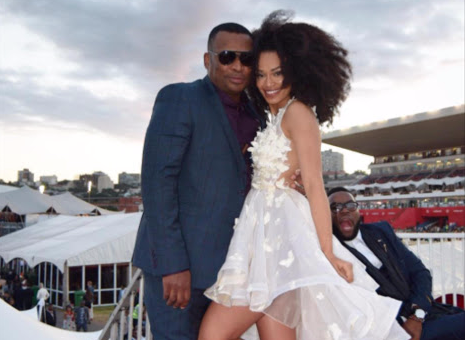 Pearl Thusi and Robert Marawa have split- and Twitter is in tears.

Fans of Robert Marawa and Pearl Thusi went into a state of mourning on Sunday evening after the sports personality confirmed that he and Pearl had called it quits.

Robert who is usually fiercely protective of his personal life took to Twitter on Sunday to confirm rumours and speculation surrounding their romance, revealing that they broke up  "a few months ago".

I confirm the rumour & speculation that our relationship with Miss Pearl Thusi ended a few months ago.We continue 2 be good friends though.

It was all too much for heartbroken Twitter users who flooded the social media site with memes and messages in response to the news.

Hitler Reacts to Robert Marawa and Pearl Break Up pic.twitter.com/7i8e64wNVE

Robert Marawa and Pearl how dare you? pic.twitter.com/TD5Hg2kqlu

it's very hectic, trust me. pic.twitter.com/hDzsUZDiPQ

Others suggested that Robert quickly get back onto the dating scene.

Robert Marawa must stop dating kids and come to mama !

@robertmarawa ...so now that u r no longer with her, can I get a date with u perhaps?

Speaking on East Coast Radio on Monday, Robert said he felt "great" and had decided to confirm the split because he wanted to protect him and Pearl from vicious rumours that may be spread about their relationship

Two weeks ago TshisaLIVE reported that the couple's relationship was in turmoil with the pair's last fight said to possibly have been the "final straw".

As previously reported by TshisaLIVE Robert Marawa's relationship with Pearl Thusi has been under strain for months now. Sources close to the couple ...
TshisaLIVE
4 years ago

Pearl's Thusi's P.R team has denied speculation the star got secretly married over the festive period. Pearl created a stir on social media after ...
TshisaLIVE
5 years ago