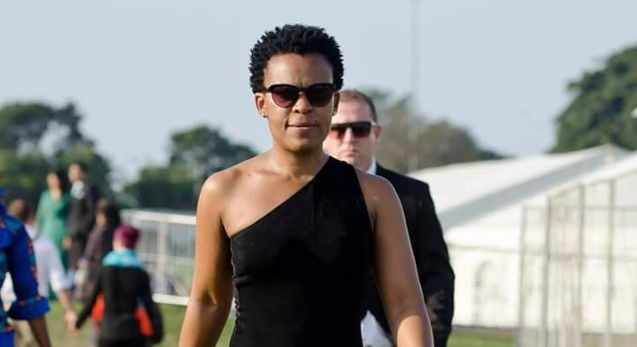 Entertainer and socialite Zodwa Wabantu aims to encourage other women to step out of their comfort zones by embracing her flaws publicly.

Taking to social media recently, Zodwa shared a racy picture of herself in a bikini and deliberately drew attention to her cellulite.

"Show me a woman without cellulite. Being a woman and humble," she captioned the picture.

Speaking to TshisaLIVE the entertainer said that she was tired of women body shaming each other.

"We all have cellulite and scars but we still body shame each other," she said.

Zodwa said she believed that women wanted to step out of the vicious cycle but were afraid to do so. "We paint a perfect picture about ourselves on social media and behind closed doors we are miserable about our bodies. Women want to come out but they are afraid and end up body shaming me and feel better after that," she said.

Zodwa shared the picture in celebration of Women's Month and to take a stand against the negativity hurled against women over their bodies.

Generations 'sex scenes' let off the hook by the BCCSA

The Broadcasting Complaints Commission of South Africa (BCCSA) has ruled that Generations: The Legacy was not guilty of breaching the broadcast Code ...
TshisaLIVE
3 years ago

After four years of staying away from performing in her hometown due to the pain and memories of having lost family members, musician Zonke Dikana is ...
TshisaLIVE
3 years ago

Robert Marawa, who is usually protective of his personal life, has revealed that he confirmed his split from Pearl Thusi to "own the space" and ...
TshisaLIVE
3 years ago

After three years on Generations: The Legacy,  Thando Thabethe has confirmed that she has resigned from the SABC 1 soapie to explore other ...
TshisaLIVE
3 years ago

Just three days before she was set to celebrate her 52nd birthday, veteran actress Mary Makgatho died in a Pretoria hospital, never coming out of a ...
TshisaLIVE
3 years ago