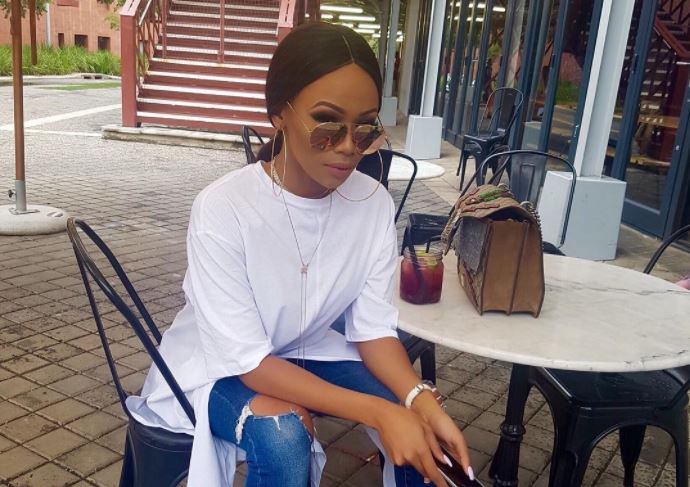 Bonang Matheba's "tell-all" reality show, which was released last month  failed to win over viewers and did not even register on DStv's top 30 most-watched list in July, according to the latest viewership numbers from the Broadcast Research Council (BRC).

The council released its latest Television Audience Measurement (TAMS) figures for the past month this week, with Bonang's reality show Being Bonang not listed on DStv's list of top shows. This meant it would have pulled in less than the 327,831 viewers who tuned in to watch Mzansi Magic's telenovela Isithembiso, which occupies the 30th spot on the list. The channel had aired three episodes of the show in July.

The show occupies the difficult Friday night primetime spot and is a massive part of Vuzu's revamped line-up on the night. The channel moved its popular reality dating show Take Me Out Mzansi to a Friday recently to seemingly help beef up its local offering on the night.

TAMS has come under scrutiny before, with criticism over its reporting of double listing shows in the past, and speaking to TshisaLIVE, Bonang's team refuted the numbers.

"The ratings are completely inaccurate by far. The show has only been on air for three weeks and it is inaccurate to compare the show to others that have been on air for longer. Being Bonang is the most watched show on Vuzu by far," Bonang's manager Sylvester Chauke said.

None of Vuzu's shows made the top 30 list and Sylvester said there was a serious flaw in bunching all of the DSTV channels together on one list.

"Every show has a target audience and to put them all together is an issue," Sylvester added.

When approached for comment, Vuzu spokesperson Ryan Van Heerden told TshisaLIVE that "show ratings are not shared with the public".

The news comes just days after Bonang's book, From A to B had been recalled from bookstores across the country after it received major backlash for grammatical and factual errors.

BlackBird Books, publishers of Bonang Matheba's memoir, From A to B has confirmed that it has recalled the book from bookstores across the country ...
TshisaLIVE
3 years ago

After witnessing the intense outcry to Bonang's memoir, musician Ntsiki Mazwai has decided to move forward with plans to release a memoir about her ...
TshisaLIVE
3 years ago

Dineo Ranaka has been through the best times and the worst times: from public splits and family drama, Dineo has endured.
TshisaLIVE
3 years ago

Simphiwe Ngema took to the stage at the Hope Restoration Church in Kempton Park on Joburg's East Rand to lead the crowd in a song of prayer.After the ...
TshisaLIVE
3 years ago