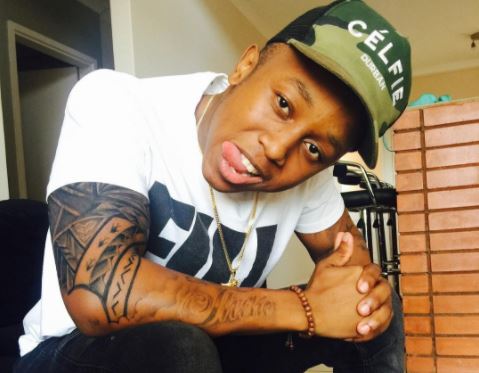 A week after young rapper Junior De Rocka lost his phone, thugs have leaked perhaps the year's biggest local collab- a remix the artist did with Riky Rick, Cassper Nyovest and Kwesta.

Junior told TshisaLIVE that he had been fine tuning a supercharged version of his massive hit Been Thinking ahead of its release when two of his phones containing the track were stolen.

"I lost my phones last week in a club in Durban. I'm guessing it was pickpocketed from me because one moment I had them and the next they were gone. I went back to the car to check if I had left it there but I hadn't. I was naturally angry but I figured I would just get a new phone and life would go on.

"A couple nights ago I saw people talking about my remix and realised it had been leaked. I was amazed because I thought this only happened in America. They didn't even message me to ask for money in exchange for the track or anything. It was just leaked. The sad part is the song wasn't finished the way I wanted it to," he said.

Instead of fighting the leak, Junior decided to release the unmastered version of the song he had backed up.

Junior said the song had not been completed, with Riky still wanting to cut some of his lines speaking about his exit from Mabala Noise and Cassper wanting to trim his verse about the release of his album. Both artists' original verses can still be heard on the song.

Hip-hop fans went crazy for the release and took to social media to post messages and memes showing their approval of the track.

#BeenThinkingRemix
Cass delivers lines like he got something to prove pic.twitter.com/lj6vFTgpYv

The one question many were asking after the leak was when fans could expect to see a music video for the track.

Junior said he had not decided on this yet and would see fans' reaction towards the track before making any plans.

"I can't say anything at this point. Let's wait and see what happens," Junior said.

Mourners at the memorial of Tumi Masilela were rebuked by the leader of the SA Arts and Culture youth forum Romeo Ramuada for abandoning musician ...
TshisaLIVE
3 years ago

Actress Enhle Mbali Maphumulo has revisited the "pain, abuse and racial slurs " she experienced because of her interracial relationship on 7de Laan.
TshisaLIVE
3 years ago

Bonang Matheba was left disappointed by her memoir being pulled from shelves by Exclusive Books this week but will not apologise for the errors which ...
TshisaLIVE
3 years ago

Bonang Matheba had high hopes for her "tell-all" reality show when it was released last month but according to the latest viewership numbers from the ...
TshisaLIVE
3 years ago

Simphiwe Ngema took to the stage at the Hope Restoration Church in Kempton Park on Joburg's East Rand to lead the crowd in a song of prayer.After the ...
TshisaLIVE
3 years ago