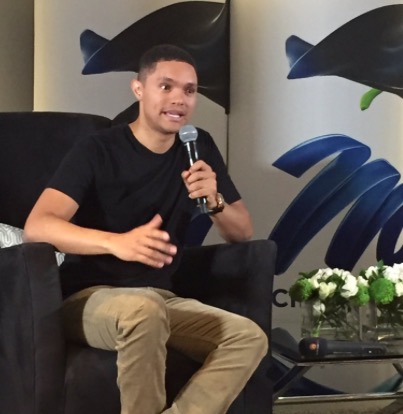 Trevor Noah has a local TV show in the works
Image: Jessica Levitt

It has been confirmed that Trevor Noah has signed a deal with M-Net for a new TV show that will be aired in 2018.

The 13-part series aims to "showcase young talent" and will see Trevor take the helm and guide up and coming comedians.

At a press conference in Johannesburg on Thursday Trevor said he has always wanted to grow comedy in South Africa.

"I remember when I was young, watching really amazing shows and at the time, it was a lot of Afrikaans comedians. It was the Tolla van der Merwes and all of them. They were telling jokes together. There was a culture of comedy in South Africa. There was a conversation that was happening in a space where people were getting to know funniness from home."

The working title of the show is Trevor Noah Presents and the host of The Daily Show will be hosting the show as well as giving comedians the chance to share a stage with him.

"That's something I've always wanted to grow. I want to give young comedians the opportunity to connect with their audience."

Trevor Noah defends pricey tickets: We need to learn to value our own

It's Trevor Noah fever in South Africa as the comedian is back in town for his show, Trevor Noah - There's a Gupta on My Stoep. Some critics, ...
TshisaLIVE
3 years ago

Complain about Nkandla before my R130m house, says Trevor Noah

Comedian Trevor Noah is back in SA and he's already hard at work clarifying a few issues that South Africans had while he was in the States, such as ...
TshisaLIVE
3 years ago

DJ Black Coffee has reached out to award-winning author Paulo Coelho to possibly write his biography, with The Alchemist writer promising to get in ...
TshisaLIVE
3 years ago