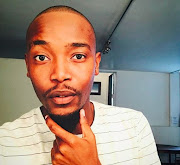 Television presenter and vlogger Moshe Ndiki has come a long way from his days of posting YouTube videos, and has ventured into acting, as well as, making gqom music with a new single called Choza.

The flamboyant presenter said on The Drive With Mo Flava & Masechaba Ndlovu, that he wanted to use his music to express everyday feelings.

He explained that his single was inspired by the treatment he receives as a gay person living in South Africa although it is a dance song.

"My vibe is take off your shoes and dance, it's a good time vibe. My song is actually a reflection of a diva side of me. As a gay man living in South Africa, everytime I go to a friend's house or an event, people will treat me normally as long as they think I am a straight man. But as soon as they discover that I am guy, then I'm suddenly everyone's friend. But, I absolutely hate that, I am not your friend. I am my friend's friend not yours," he said.

Moshe spoke about his journey, saying that he is proud of his progress and is ready to show the world that he's an all-round entertainer.

"From just making YouTube videos, I got into presenting. Which is funny because I used to fail presenting at school. But being in this space has allowed me to explore all other aspects of entertainment. So now I am acting and I am going into music," he said.

Moshe's song Choza will be available on Friday August 11 on iTunes. Here's a snippet: