Watch these scarlet women getting to the top on their backs in Harlots, first and only on Showmax 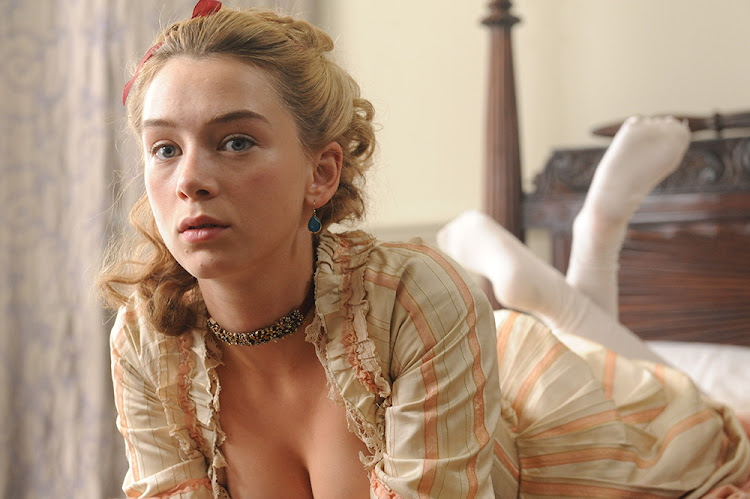 “So much of London was built on the profits of prostitution,” says Manville. “One in five women were prostitutes during that time. And it was happening at all levels of society.“

Jessica Brown Findlay (Lady Sybil in Downton Abbey) also stars as Morton’s eldest daughter, Charlotte, the city’s most wanted courtesan, who begins to grapple with her position in both society and her family.

Screenwriter Moira Buffini (Jane Eyre) was partly inspired to create Harlots by reading Harris’s List of Covent Garden Ladies, a bestselling yearly publication describing, in very fine language, the services of London’s sex workers, from high-class courtesans to those who solicited in seedy bars and taverns. This gentleman’s guide to whoring led her to an outlaw society of women who had found a way to turn the economy of exploitation around and use it for their own benefit

“We knew instantly that we wanted to create a drama about these women from their point of view,” says Buffini. “We found them to be funny, bold and outrageous, full of wit and irreverence. It was easy to become seduced by them and their world.”

First on Showmax - Sex, revenge and cunning are everywhere in this raunchy show about an 18th century London brothel. Watch it on Showmax from 7 August: http://shw.mx/2tMHP8D.

“We wanted to look closely at a profession that hasn’t changed in hundreds of years,” says Buffini. “It’s always been the coalface of gender politics and that’s where we wanted to put our female gaze. Our characters have a contemporary edge. It’s a costume drama with its teeth sunk firmly in the modern world.”

“It surprised me how modern it was,” says Morton. “The world for women then was brutal. It still is.”

At the time of writing, Harlots had a 97% critics rating on Rotten Tomatoes. “Think Downton Abbey meets Game of Thrones,” wrote Variety, while The Orlando Sentinel hailed it as “the most outstanding period drama debut on television since Game of Thrones”.

You can now binge-watch the complete eight-episode first season of Harlots first and only on Showmax in Africa. Watch now »

8 series you need to stream this winter

SPONSORED | Here's where to find these irresistible series, adored by fans and critics alike
TshisaLIVE
4 years ago

SPONSORED | Want to know what the fuss is about Westworld, Fargo, The Night Of, The Young Pope and other series? Here’s how to find out
TshisaLIVE
4 years ago

How to watch movies and series for free with internet TV

SPONSORED | Here’s how easy it is to access thousands of series, movies, documentaries and kids’ shows online – legally!
TshisaLIVE
4 years ago