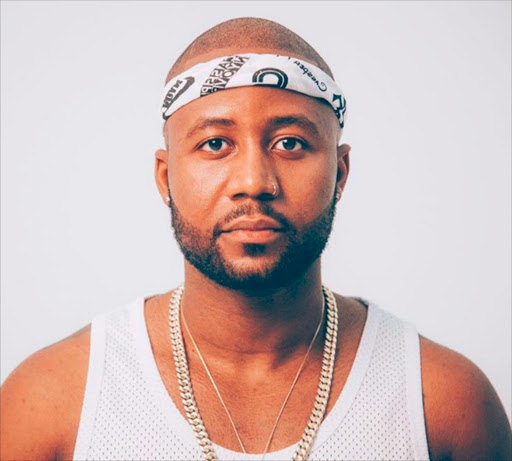 Rapper Cassper Nyovest has denied suggestions that Oskido's popular music label Kalawa Jazmee helped make his career, telling fans that the story of his success as an independent artist should "never ever be told wrong".

The Doc Shebeleza hitmaker has told anyone who will listen that he made his success alone as an independent musician, and once again defended his credentials when a Twitter fans used a tracklist of Cassper's debut album Tsholofelo to suggest that he had help from Oskido and his label.

Besides, featuring a number of Kalawa Jazmee artists on tracks in the album, a disclaimer at the bottom of the listing claims that Kalawa owned portions of the tracks on the list.

I hear you. But even he needed some assistance when you started off. Look at the bottom of the pic. pic.twitter.com/yxJaehGLyN

Cassper hit back at the suggestion, telling the follower not to mislead his fans.

"I had no assistance from any label my brother. My story must never ever be told wrong. We're building something very iconic (as an independent musician). History!" he wrote.

He explained that the reason for Kalawa's copyright was a deal he had struck with Oskido.

"Kalawa appears on my iTunes only cause me and Oskido had a digital distribution deal. That deal ended up becoming the seven-figure MTN deal, he added.

Not finished with the rant, Cassper once again claimed that payola had killed the game, blocking his success on radio, and that the industry needed a new way to measure and celebrate music than awards and radio play.

It'll never stop. It's too late now. We need to get with new ways of celebrating music like coming out to stadium concerts or something. https://t.co/UPWdI6EEDK

Makers of local movie, Krotoa, which is based on the life of a Khoi-Dutch interpreter in the early Cape colony has strongly defended the flick ...
TshisaLIVE
3 years ago

South Africans have been left fuming over news that sports personality, Marks Maponyane was slapped on the wrist with a R3,000 fine or six months in ...
TshisaLIVE
3 years ago

A picture of Robert Marawa and Power FM boss Given Mkhari with a cryptic caption sparked hope among fans on social media that he may be joining the ...
TshisaLIVE
3 years ago