Khanyi Mbau explains the difference between skin lightening and bleaching 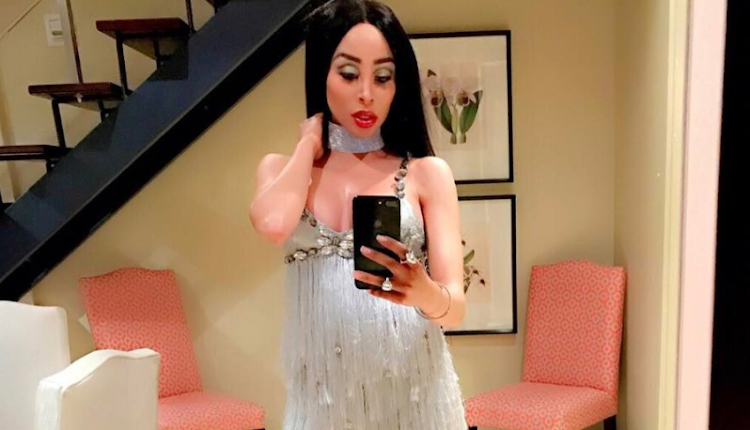 Khanyi Mbau is no stranger to talk about her lightened complexion and she certainly ain't shy to admit that she's an advocate of using products to help her look.

Speaking to fans on video-sharing site Voov recently, Khanyi explained what the difference between bleaching and  lightening (as she understands it).

"People that bleach their skin have brown spots. And their skin tends to go orange. People who (are)  lightening their skins using gallons and overdose on (skin whitening products) glutathione, have skin like mine. It tends to go pinkish. Lightish. Close to an albino colour. It's not supposed to go an albino colour, but mine does because I tend to overdo everything in life."

Boxed! They try and lie about the truth!!!

Even though Khanyi "overdoes" it she said she has experienced no negative effects.

"There is no side effects. All it does is make me lighter and it is like having loads of  vitamin C, so I don't get the flu easily," Khanyi said.

Khanyi's complexion has sparked debate several times over the last few years, including earlier this year when she uploaded pictures of herself with "pink" skin.

*TimesLIVE earlier published an article stating that Khanyi Mbau had admitted to 'overdoing skin lightening.' This was incorrect and we apologise unreservedly.

Entertainer Zodwa Wabantu has come out to dismiss reports that she recently admitted to being lesbian and is dating a woman named Thusi. She said ...
TshisaLIVE
3 years ago