IN MEMES: Twitter zones in on OPW groom's 'player' ways 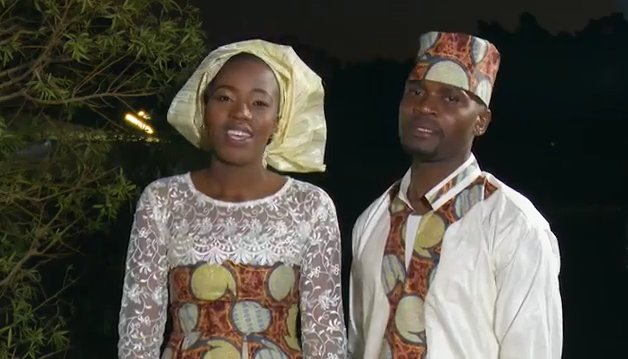 Last night's episode of Mzansi Magic's Our Perfect Wedding went off smoothly with a beautiful dress, stunning decor and a princess being swept off her feet by her prince charming, however Twitter could not get over the groom's past.

As Livhuwani and Mulalo told their story, it was revealed that Mulalo had cheated on Livhuwani and fathered a child with another woman but still popped the question to her.

Twitter was not impressed and zoned in on the groom's "cheating" tendencies and "warned" the bride that a cheating boyfriend usually meant a cheating husband as well.

Despite the backlash the groom received on social media, their wedding was still one of the most well organised weddings on the show.

But that did not stop the meme-fest from Twitter:

He impregnated 2 different women?!?! You suffered a miscarriage from stress. Why are you marrying this guy?!#OPW pic.twitter.com/4sFNnSPuEj

Damn !! Women got guts yoh!!! Two baby mamas plus a player and she still stay? I respect her.#OurPerfectWedding #opw pic.twitter.com/DMMILr2cuy

This guy just said "I didn't know I was a player, nobody told me " #OPW pic.twitter.com/Pe5rMOcVLe

So we still have a breed of women who think serial cheaters will stop after marriage.#OPW #OurPerfectWedding pic.twitter.com/G7pgJRKU0X

#OPW
All of this cheating and they still getting married.
Ok shap 🤗 pic.twitter.com/vJSBNIjZTf

Warren Masemola cemented his place as one of the best actors in Mzansi this past weekend with a show-stopping performance on SABC 1's new drama ...
TshisaLIVE
3 years ago

IN MEMES: Fans weep as Ofentse gets booted off Idols

Many of them probably knew it was coming but it did not stop Idols SA fans from going into a state of mourning on Sunday when it was announced that ...
TshisaLIVE
3 years ago

Award-winning artist and South African icon Esther Mahlangu is on the September cover of Destiny magazine and Mzansi has bent the knee. The cover ...
TshisaLIVE
3 years ago

If there's anybody who has been a victim of public bullying, especially after the death of her boyfriend Senzo Meyiwa, it is Kelly Khumalo. She has ...
TshisaLIVE
3 years ago

Fashion label Ruff Tung celebrated women of all sizes during its show at Mercedes-Benz Fashion Week on Saturday night at Mall of Africa in Midrand, ...
TshisaLIVE
3 years ago
Next Article