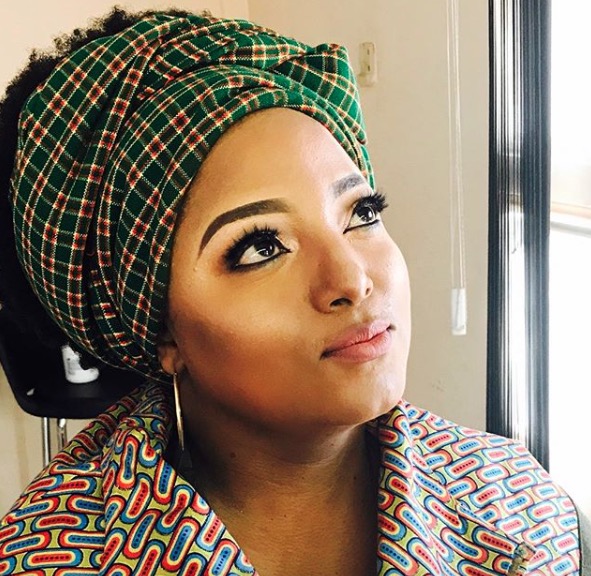 Criselda has apologised for her comments
Image: Via Criselda Dudumashe Instagram

Despite initially defending her comments around the LGBTI community Criselda Dudumashe has done a u-turn and apologised unreservedly.

She was speaking at an AIDS gender-based violence dialogue at the University of Venda in Limpopo, when she apparently asked men in the seminar to stand up. She reportedly told people who were unsure whether to stand up to look between their legs.

She told TshisaLIVE on Monday that her character was being attacked.

"It was unfortunate that my character was questioned by such lies. My reputation speaks for itself and anyone who knows me, knows that I will never discriminate against someone because of their sexuality."

But the Higher Education and Training HIV/Aids (HEAIDS) programme confirmed to The Citizen that Criselda had made the comments and was relieved of her duties as an ambassador.

The radio presenter has since taken to Instagram to issue an apology.

"It pains me greatly to see that a post shared on social media and my words at last week’s dialogue held at the University of Venda have upset a number of South Africans, many of whom support me on radio and others being fans throughout my career. I unreservedly apologise for the hurt my words have caused. To the many activists and victims of abuse, I realise that I have let you down. That was never my intent and for that I am deeply sorry. "

She said she had time to reflect and understood how she went wrong.

" I went back to read the posts and fully understand the anger and backlash from South Africans who expected better from me, particularly given the work I do, my own history and the position I hold as a media personality. To my employer the SABC, my colleagues and loyal listeners of my show on Metro FM I apologise for letting you down. I apologize to the LGBTIQ community, everyone who attended the GBV session at the University of Venda and all South Africans for my statements."

Criselda Kananda has hit back at claims she discriminated and ridiculed the LGBTI community with remarks at a presentation at a AIDS gender based ...
TshisaLIVE
4 years ago

TV personality Minnie Dlamini and her fiancé Quinton Jones tied the knot in a colourful traditional wedding in Northern Durban, KwaZulu-Natal this ...
TshisaLIVE
4 years ago

In a lengthy open letter radio personality Criselda Dudumashe has applauded the late Gugu Zulu "for making honesty, commitment and respect for your ...
TshisaLIVE
5 years ago