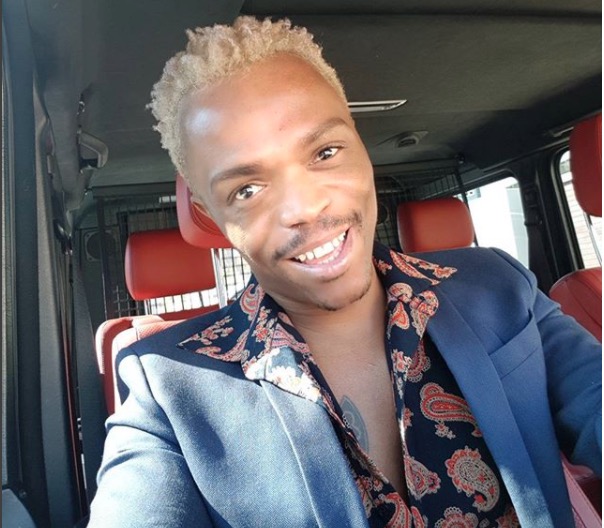 Even though Somizi Mhlongo is incredibly grateful for his blessings and booming career, his grueling work schedule often leaves him feeling exhausted.

Somizi who graces the cover of the September issue of True Love magazine opened up about how his body often doesn't work in sync with him because of fatigue, and he even tried to move to a different time slot on Metro FM.

Somizi currently co-hosts the breakfast show with DJ Fresh, which is live every weekday morning from 5 am until 8am.

That means Somgaga's day probably starts at around 3am, let's not forget that he is also a permanent Idols SA judge, has his own reality show, is sought-after MC and wears numerous other hats.

"It's too much right now. I went to see the station manager at Metro FM. I took off my glasses and asked her to have a good look at my tired face. I tried to move to a different time slot. She looked me in the eyes and said, 'Somizi, never complain about having too many blessings because you prayed for them. There are people who'd do anything to have one of the jobs you have,'" he said.

Somgaga added that it was at that moment he made a conscious decision not to complain.

"It's right there and then that I chose to keep quiet. So, I'm not complaining, but my body is. I have to be extra careful in terms of looking after myself," he added.

Somizi's rise to stardom definitely wasn't a walk in the park, and there was a time in his life when he almost gave up.

He opened up about being in a bad space in his memoir,  Somizi's Dominoes: Unbreakable Spirit in his book. It was a time when he was heavily indebted and the future didn't seem bright at all.

"It was difficult to the point that I cried every day. At night I felt better that the day was over and I hoped for a better day tomorrow. But when I woke up and realised that I was still in that, I'd cry all over again. I started ostracising myself," he revealed.

Zonke's team slams reports that she 'owes' a promoter over R300k

Musician Zonke Dikana's record label, Leely Music has hit back at reports that the singer owes a promoter over R300k for allegedly failing to perform ...
TshisaLIVE
4 years ago

Actor Lesley Musina may have stolen many South African hearts with his role on Muvhnago but the star refuses to believe that the show defined him, ...
TshisaLIVE
4 years ago

Songstress Busisiwe (Cici) Twala appeared at the Midrand Magistrates Court on counter charges of assault, laid against her by Arthur Mafokate, on ...
TshisaLIVE
4 years ago

'My mother is the strongest woman I know,' says actress Motsoaledi Setumo

Actress Motsoaledi Setumo has opened up about how a car accident left her mother quadriplegic and how she struggled to cope with it because no one in ...
TshisaLIVE
4 years ago