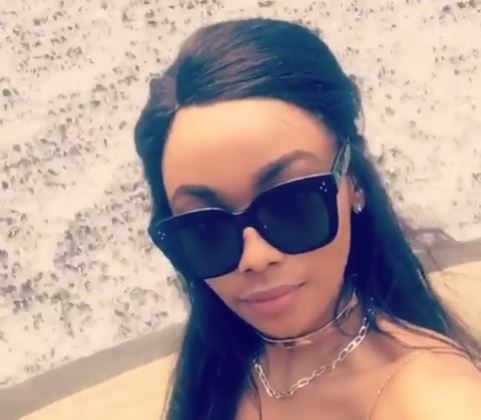 Media personality Bonang Matheba is on a roll and she doesn't look like she's about to stop, but her recently announced app Bonang By Cell C didn't get as much enthusiasm from her fans on Twitter.

Bonang topped the trend list on Twitter on Tuesday night as she launched her anticipated app which she said would be "free for the first week," which costs R60 per month.

Twitter was not as excited about the app, with many saying that Bonang is trying too hard to follow in Kim Kardashian's footsteps.

Kim has a set of emojis, a reality show and an app.

The R60 per month fee is for non-Cell C customers, otherwise to subscribe you will be charged a R3 per day and a R50 per month.

Some of the "exclusive" content subscribers are promised include Bonang's favourite spots to eat, shop and hang out, as well as personal advice and tips.

Twitter users didn't seem impressed by the prize and flooded the social media platform with a string of memes and comments.

Trying to figure out how much it costs to be a Bonang Fan. Bmojis:R40
Cell C app:R90
From AtoB: R200
BeingBonang:R760 pic.twitter.com/q4ji5QnDtV

Bonang blocked 75% of SA, only to tell the same people she blocked to pay 60p/m for her app to read her tweets from there? #BonangByCellC pic.twitter.com/JEqE5J52XV

So Bonang thinks we gonna pay R60 for an app about HER every month?
I hope she'll use that money to enrol in a Basic English Writing course. pic.twitter.com/P8AZu1xkGv

Despite initially defending her comments around the LGBTI community Criselda Dudumashe has done a u-turn and apologised unreservedly. She was ...
TshisaLIVE
4 years ago

Even though Somizi Mhlongo is incredibly grateful for his blessings and booming career, his grueling work schedule often leaves him feeling ...
TshisaLIVE
4 years ago