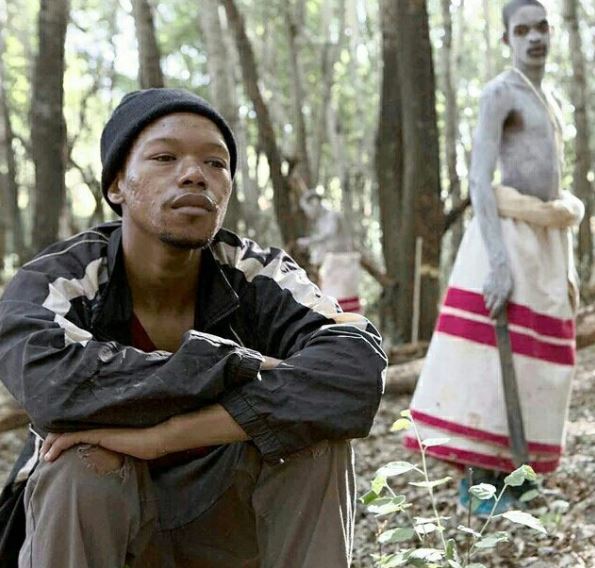 Actor and singer Nakhane Touré said he is tired of talking about the threats to his life over the local film Inxeba
Image: Via Instagram

Actor and award-winning musician Nakhane Touré has said that even though the threats on life are continuing post the release of the film Inxeba (The Wound), he is tired about talking about it (the threats) and wants to move on.

Nakhane told TshisaLIVE that it's draining to relive everything that has happened to him.

"I am so tired of talking about this. It is draining to talk about the same thing over and over. Yes, I have had to cancel some of my planned trips to the Eastern Cape and Cape Town due to the threats, but I have really said everything there is to be said," Nakhane said.

The actor plays the lead in the film that narrates the story of a young man who is on a journey of self discovery. His character is exposed to violent homophobia in the story that is almost entirely set in and around an initiation camp.

The film depicts a traditional circumcision ceremony and the lives of initiates. Nakhane told City Press he has no regrets where being part of the film is concerned, because he views it as a story that needed to be told.

"The film is very important and tells a deserving story. I don't regret being part of the people that tell this story. People need to watch it before they judge it," he told the paper.

Since the trailer of the film was released the actor has received intimidation on social media, where people have "promised" to burn him alive.

The film's producers lambasted the threats directed at the film (and the cast and crew) with a lengthy statement.

"The South African Constitution not only protects individuals’ rights to freedom of speech, but also outlaws discrimination based on sexual orientation. We view these inexcusable threats in a serious light, and we will be taking appropriate action against any individual who threatens violence or commits homophobic hate crimes,” the film's producer Cait Pansegrouw said.

*This article originally attributed a quote to TshisaLIVE when, in fact, it should have been City Press. The necessary amendments have been done in the story.

Somizi let out his inner Diana Ross this past weekend when he hosted the red carpet for MTV Base Africa at the MTV Video Music Awards in LA on Sunday.
TshisaLIVE
4 years ago

From Somizi's daughter to actress: Bahumi chats about her SABC 2 gig

Bahumi Madisakwane is ready to step out away from the "celebrity child" title and has revealed that by bagging an acting gig on a popular drama on ...
TshisaLIVE
4 years ago

IN MEMES: Idols fans not impressed with Somizi ‘bunking’ work

Fans of popular reality TV music competition Idols SA went into a state of mourning on Sunday when their favourite judge Somizi Mhlongo did not take ...
TshisaLIVE
4 years ago

Rapper Cassper Nyovest is facing the grim possibility of having to finance his R15 million Fill Up FNB Stadium concert on December 2 entirely out of ...
TshisaLIVE
4 years ago

Sunday World is reporting that Somizi's legal team has sent Bonang a letter instructing her to remove his name from her book. Somizi's spokesperson ...
TshisaLIVE
4 years ago