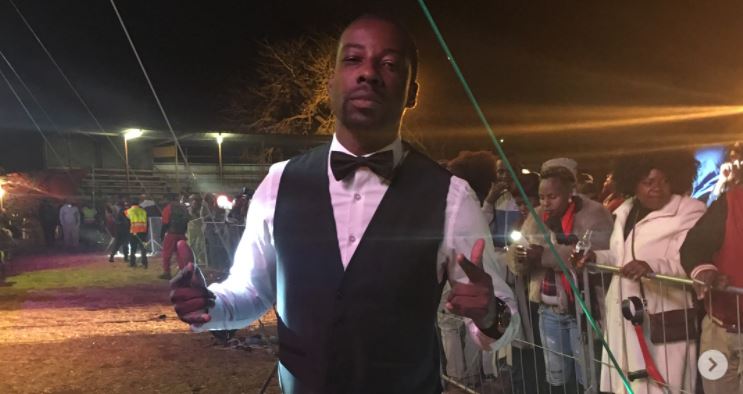 Award-winning actor Lesley Musina has come out in defence of dancer Zodwa Wabantu, and has started an aggressive campaign to have her ban from an event in Zimbabwe lifted.

It was revealed on Tuesday that the Zimbabwean government had banned Zodwa from performing at the Harare International Carnival next month after local actress Anne Nhira sent a letter of complaint to officials.

The actress complained that Zodwa was being "over hyped" at the expense of other Zimbabwean artists.

"I have no idea why Anne decided to do write to the authorities to have Zodwa banned but it doesn't seem sincere. I have tried to contact her but she is not answering my calls. I don't understand why she would claim that Zodwa was taking jobs from artists in Zimbabwe when she herself works in South Africa. I am sure that Zodwa is not making enough off this show to really be stealing bread out of other artists' mouths," Lesley said.

Lesley said the ban set a nasty precedent that could undermine relations between South Africa and Zimbabwe.

"We may think it is a small thing but we cannot overlook it and think it is petty. It is dangerous to put such a ban in place. What stops South Africa from banning Zimbabwean artists now? The relationship between South Africa and Zimbabwe are already strained without such a ban being put in place. It is unacceptable," Lesley said.

The star has now started a campaign to fight the ban, starting with a letter to South African authorities requesting that they speak with their Zimbabwean counterparts.

"We will wait to see what the public sentiment is towards the ban. We will then write a letter to the ministries of Arts and Culture and Foreign Relations office asking them to deal with this diplomatically. Failing that we will ourselves approach the Zimbabwean authorities. If they do not listen, we will march. We will write petitions and we will personally march to the Zimbabwean consulate. We will make sure that Zodwa performs in Zimbabwe," Lesley said.

In a Facebook post Anne, who held a cameo role in Mzansi Magic's Zabalaza in 2014, expressed her happiness over the Zimbabwean authorities' decision to ban Zodwa from the carnival encouraging others to speak out.

"I am ecstatic that the Zimbabwean government has responded quickly to my letter of objection about 'Zodwa Wabantu' coming to Zimbabwe. This is my message to all Zimbabweans: if you are a citizen of Zimbabwe and you have concerns, you should direct them to the Government and speak out. I am Zimbabwean," she wrote.

In a letter to the government, Anne aquestioned how Zodwa was a national tourist attraction when she danced with "no panties and posted naked pictures on social media".

"Zodwa dances with no panties and posts naked pictures on social media. How does that qualify her to be a Zimbabwe national tourist attraction and to attend a function of the highest stature this year? We have one of the highest unemployment rates and whatever Zodwa, a South African provocateur who is not even one of the top socialites in South Africa is [sic] getting paid could have gone to another young Zimbabwean woman who has worked tirelessly and does so decently, or a dancer if the intention was that particular? We have dancers and socialites in Zimbabwe who would benefit from this national tourist exposure," she wrote.

Mzansi's Zodwa Wabantu who stood firm on being true to her brand and living life on her own terms has received a public apology from The Zimbabwe ...
TshisaLIVE
4 years ago

When Lady Zamar took to the stage to perform a medley, opening the DStv Mzansi Viewers' Choice Awards, the last thing anyone expected was Zodwa ...
TshisaLIVE
4 years ago

Entertainer Zodwa Wabantu said she was "unsettled" when she was asked to perform at a government event in Zimbabwe on condition that she wears ...
TshisaLIVE
4 years ago

If you thought Zodwa Wabantu going to events sans underwear was scandalous, be prepared to get shocked all over again: Zodwa has confirmed to ...
TshisaLIVE
4 years ago

Zodwa Wabantu has been invited to be part of a government event in Zimbabwe but on condition that she wears underwear. The Zimbabwe Tourism Authority ...
TshisaLIVE
4 years ago