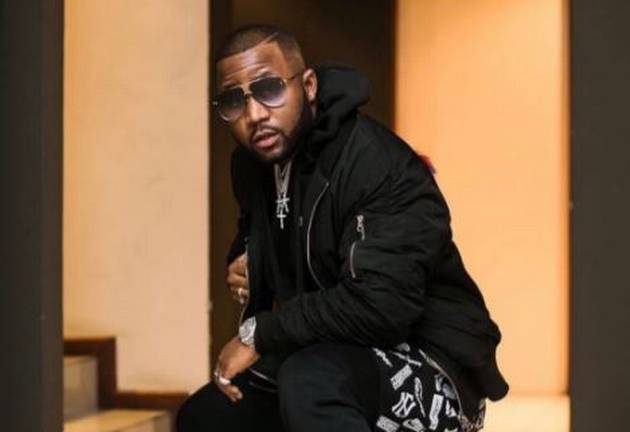 Cassper has once again hailed himself the best rapper in South Africa and the most exciting on the continent, telling US radio star Ebro Darden that any discussion about hip-hop in Africa should start by mentioning him.

Speaking on his popular Apple Beat 1 radio show this week, Ebro said he heard about Cassper through social media and was told by fans that he needed to interview the star.

Cassper responded by saying that the reason for that was because he was the biggest rapper in SA and the starting point for any discussions about hip-hop on the continent.

"I'm the biggest where I am from. So when you speak about hip-hop in Africa you need to start with me...I was voted the hottest MC in Africa for two years in a row (by international music publication OkayAfrica)," he said.

Cassper said he was breaking new ground in Africa, especially with his FillUp concert series that has seen him fill the TicketPro Dome and Orlando Stadium to capacity. He hopes to fill up FNB stadium in December for what will be one of the biggest hip-hop shows in history.

It was not the first time that Cassper claimed to be "Africa's finest".

He told Slikour in an interview earlier this year that he was the biggest artist in Africa.

“Go to America now and ask them about African hip-hop and there is one name that will always pop up and that’s because of the things we have done here, the Dome, Orlando, all that stuff," he said.

IN MEMES: Twitter celebrates the return of 'flexing' AKA

Rapper AKA had fans in a frenzy on Tuesday after he made a subtle but strong return to his old Twitter ways, when he 'bragged' about his  new BMW ...
TshisaLIVE
4 years ago

Actor Zweli Dube has found a way to combine being a great actor and being sexy. The actor is set to impress as Lieutenant Jake Mhamha on a Hollywood ...
TshisaLIVE
4 years ago

Mzansi's Zodwa Wabantu who stood firm on being true to her brand and living life on her own terms has received a public apology from The Zimbabwe ...
TshisaLIVE
4 years ago

It's no secret that Somizi and Bonang Matheba have beef. And, as a result, her bae AKA is also involved. Last year Sunday Times reported Somizi and ...
TshisaLIVE
4 years ago