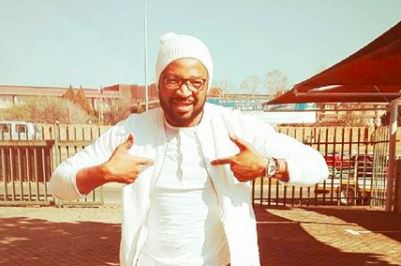 Actor Andile Nebulane who plays Jonga in Igazi details the 'perks' of his character
Image: Via Instagram

Actor Andile Nebulane's Igazi character has scored him both admiration and  "strange looks" from his fans who have come to know him as Jonga the "man by day and snake by night".

Andile told TshisaLIVE that in addition to the legions of fans his character on the Mzansi Magic telenovela got him, he often has to explain that he has no ability to turn into a big green snake.

"My fans were very scared of me at some point. It got to a point where I couldn't have conversations with people without them giving me 'strange looks'. It was a struggle because people would stop mid-conversation and just stare at me or ask me about the snake," he said.

The actor's character fell victim to Scotho's (a character in the show) black magic and after being "raised from the dead" he would turn into a big green snake at night.

Having stepped in as Jonga after actor Thami Mngqolo left the Mzansi Magic telenovela, fans had big expectations from Andile. But soon after his initial scenes, he had fans eating out of the palm of his hands and impressed industry peers.

"It's funny because even people that understand this craft would ask me: 'But Andile how did you get there?' Even though they knew I am just in character. It has been an interesting journey for me," he said.

Andile's big break on television came in the form of a eKasi+ drama series called Hustle, where he played Duma.

He had been doing voiceovers and acting in theatre before then and also featured in productions such as Interrogation Room, 90 Plein Street and Message from the King.

He told TshisaLIVE that he is ready for all the industry has to offer.

Just weeks before she celebrates her white wedding, Minnie Dlamini is jetting off to France with her bridesmaids for a massive bachelorette ...
TshisaLIVE
3 years ago

TV personality Siv Ngesi has described the last moments between him and his late father as precious and it constantly motivates him to become the ...
TshisaLIVE
3 years ago
Next Article