Lebo M to reveal alcohol battles in new memoir: I've been sober since 2005 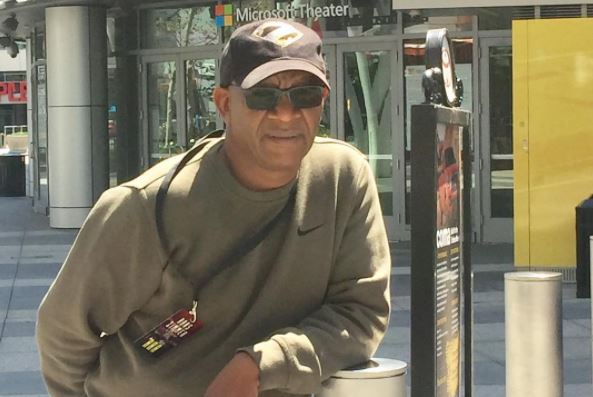 Lebo M is working on a book about his life and struggles.
Image: Via Lebo M's Instagram

Celebrated South African producer and composer Lebo M will reveal his struggles with alcohol in an upcoming memoir about his life to be launched soon.

The book will document his journey from his humble beginnings in Soweto to becoming the face of The Lion King, but Lebo told TshisaLIVE it would also include a portion dealing with the impact alcohol had on his life and career.

"The biggest dysfunctionality of my career, and of the new South Africa, is the myth that it is sexy to be an alcoholic. When I became sober in 2005, I think I entered a new stage of my life where I was able to reflect on and overcome my life problems without hitting the bar," he said.

"In my early career I was a drinker. I grew up in Soweto and I entered the nightclub scene at 14 when it was all wine, women and song. I am talking about the amount of productivity and focus you have when sober. You can still be productive when not sober.

"When I was doing The Lion King, I was still drinking. There are people who can handle their drink and others who are alcoholics. Somewhere there [between the two] lies a compromise in terms of your human capacity and productivity."

The book – of which the title has not yet been announced – has been in the works for several years, with Lebo adding to the original manuscript countless times.

"I've kept postponing it. It was supposed to be released as part of the 10th anniversary of The Lion King but it never happened. It never stops writing itself. I am adding to it constantly," he said, adding that he hoped to launch it by next year.

He said he was considering local and international writers and publishers to work with him, but he'd prefer to work with someone who will launch their career as a result.

"Whoever it is, I want it to create an opportunity for them in the same way that Alex Haley was launched by Malcom X's biography. We hope that it will be a South African [who writes the book] and it looks like we are heading in that direction."

Entertainer Zodwa Wabantu has lambasted a Zimbabwean artist who apparently got her banned from a gig in the country, saying the move has left the ...
TshisaLIVE
4 years ago

IN MEMES: Please Step In reminds Twitter to listen to their parents' advice

A story of a young woman whose life was ruined by alcohol left Twitter saddened last night when Please Step In aired and compelled them to remember ...
TshisaLIVE
4 years ago

IN MEMES: Twitter celebrates the return of 'flexing' AKA

Rapper AKA had fans in a frenzy on Tuesday after he made a subtle but strong return to his old Twitter ways, when he 'bragged' about his  new BMW ...
TshisaLIVE
4 years ago

Award-winning musician Vusi Nova has faced another setback in his battle to recover from his horror hijacking and abduction last week, after an eye ...
TshisaLIVE
4 years ago