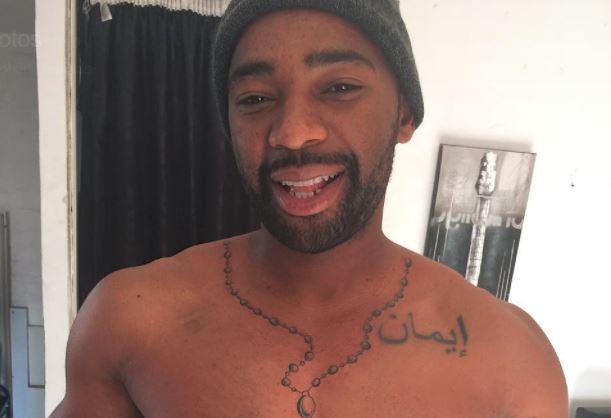 Even though Papa Penny Penny's son, Bafana Mdluli' was completely stripped off all his possessions and was disrespected when thugs left human faeces in his yard, he is determined to move forward from the incident.

Bafana said he was trying to take each day as it come after the burglary which left him saddened.

"I'm trying to take each day as it comes. In addition to my job, I am pushing a brand I'm about to launch and I can't let this slow me down. I [now] have to work even harder but I guess that's just how it goes. Life has to move on," he told TshisaLIVE.

Taking to Facebook, Bafana said as if it wasn't enough that thieves even made off with all his clothes, they also decided to "do number two" in his yard. "I have never felt so hopeless and numb in my entire life," he added.

Bafana explained to TshisaLIVE that he was working away from his home in Soweto when he got a phone call from his neighbour alerting him that something looked "off" in his house.

"I was working away, so I don't really know the exact date this incident happened. My neighbour called and told me that something looked off in my house. I came back to an empty house. They completely cleaned me out, they took all my gadgets including my laptop and television, and even cleaned out my wardrobe but they left the decoder for some reason," he explained.

...so while I was away on the weekend some thugs broke into my house and took everything....they even cleaned my...

These snaps of Kelly Khumalo are so hot they may give you sun stroke.
TshisaLIVE
4 years ago

Mzwandile Ngubeni and Nolwazi Shange to welcome a baby

Celebrity couple Mzwandile Ngubeni and Nolwazi Shange have revealed  they are set to welcome a bundle of joy.  Nolwazi broke the news on social media ...
TshisaLIVE
4 years ago

ANCYL Treasurer and Mabala Noise boss Reggie Nkabinde and his childhood sweetheart, Beauty Matela tied the knot over the weekend.
TshisaLIVE
4 years ago