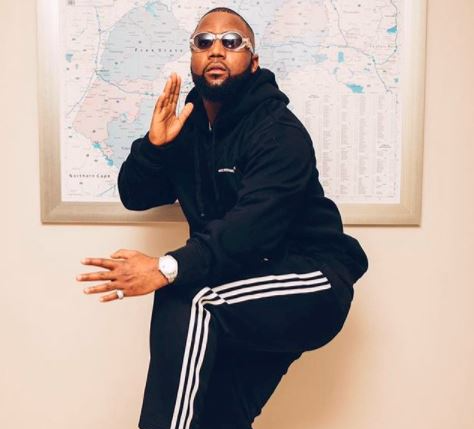 The rapper announced that the first batch of tickets have been released, and fans hailed the price which ranges from R100 to R500.

Ever since Cassper revealed that he would attempt to fill up the stadium with over 75,000 people, fans have been eager to help their icon make SA hip-hop history.

Cassper has also been hard work behind the scenes to make sure the concert is success, which includes trying to rake up an estimated amount of R15 million to make it all happen.

"The show will cost about R15 million to put on, maybe more. Right now we don't have any sponsors so I am financing it myself: The stage, the marketing and the venue. I hope that sponsors will come on board and help. I feel like we have proven ourselves before with two sold out shows (at The TicketPro Dome and Orlando Stadium) and so it's a safe investment," he told TshisaLIVE.

With only 86 days remaining to the concert date, Cassper has his work cut out for him, but evidently has the support of his legions of fans.

Within minutes after Cassper made the ticket sales announcement, it topped the Twitter trends list as fans expressed their excitement through memes:

Prices are reasonable!! Let's do this pic.twitter.com/yfGD7wSAmW

How I reacted after seeing R250 and R100 tickets,knowing i might take my main chick, 3 side chicks and my crush 2 #FillUpFnbStadium woza!! pic.twitter.com/nNWHXji8Ju

Maybe my savings money can be refunded if @CassperNyovest brings dat money-gun with at #FillUpFnbStadium pic.twitter.com/ppWnAD5iPn

The gang of armed men who attempted to hijack Rhythm City actor Dumi Masilela in Tembisa last month had seemingly been on a crime spree that evening‚ ...
TshisaLIVE
4 years ago

iNumber Number fans can't get enough of actor Israel Matseke's tsotsitaal and have launched a social media campaign to get him to write an official ...
TshisaLIVE
4 years ago

Here's how Anga Makubalo plans to take over the fashion world

Not content with dominating TV screens and music charts, multi-talented performer Anga "NaakMusiQ" Makhubalo is set to take the fashion world by ...
TshisaLIVE
4 years ago