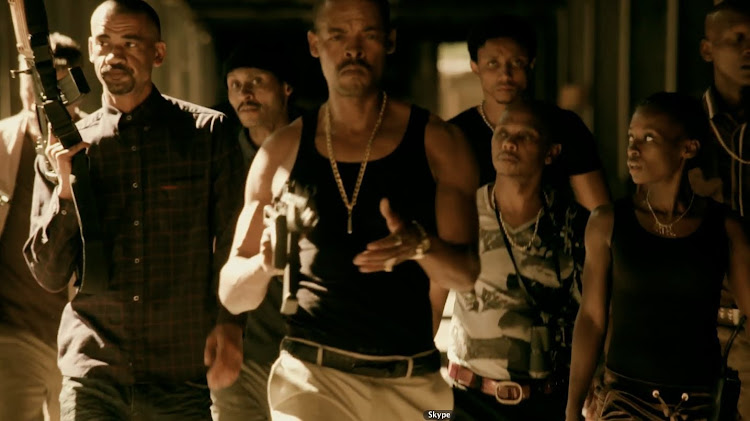 Israel is keen to write a Tsotsitaal dictionary.
Image: Via Israel's Instagram

iNumber Number fans can't get enough of actor Israel Matseke's tsotsitaal and have launched a social media campaign to get him to write an official dictionary for the dialect, something the star would jump at the chance to create.

After nearly two decades in the entertainment industry and having played several roles as a gangster, Israel has become one of the leading authorities on ekasi culture and language.

This led a die hard fan to start a retweet campaign to get Israel to use his talents in the language to create a dictionary.

Can u rt we only need 20K retweets for Israel AKA Skroef to make the 1st SA #tsotsitaal dictionary as our present#iNumbernumber pic.twitter.com/3Uyyuw6vaW

Speaking to TshisaLIVE, Israel said he would be honoured to write such a dictionary if approached.

"I have noticed people talking about it and if I was approached by a publisher to do it, I would. I would love to write it," he said.

He explained that the language he used on the show was developed by him in his interactions with people in townships.

"I get all my tsotsitaal from the townships. I hang out in the township and pay attention to what people say and do. I keep on top of all the latest language because I immerse myself so much in the place and do all my research. I don't want anyone who has watched my career to say that I have slipped up or lost touch.

"Too many celebrities are discovered in the township and then move to the suburbs. They lose touch with the township and lose the thing that made them unique. It is what made you and you cannot walk away from it," he added.

Israel is also a dialogue expert on the popular Mzansi Magic drama and translated the script for its entire first season.