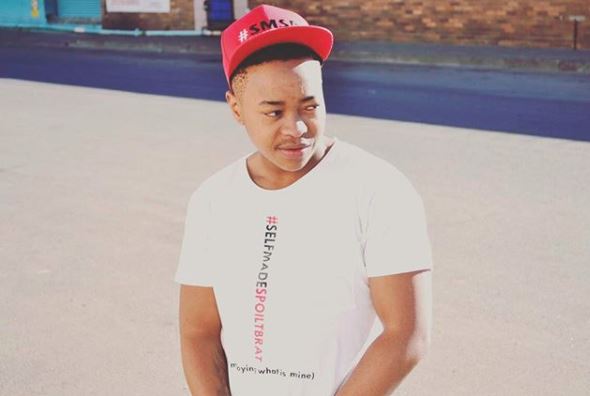 Actor Junior Singo who entered the entertainment world ten years ago as a child star has revealed that bursting into the spotlight as a young child comes with its advantages and disadvantages.

The actor told TshisaLIVE that he is grateful for new opportunities and roles, which give him the chance to display his maturity as an actor and helps him remain relevant in an ever-changing industry.

Junior recently bagged a role on Generations: The Legacy where he plays the role of a 15-year-old street kid named Mpho.

"I'm fortunate that my experience in the industry gave me a distinct opportunity to grow with the character. Now, no matter what role I am given, whether as a 15-year-old or a 26-year-old, I can do wonders with it. I have also been in the industry long enough not to be phased by it. I know how it works both in film and television productions and that's a blessing," he said.

The actor, who burst into the spotlight back in 2003 through the feature film, Beat the Drum, explained he never saw himself as a celebrity. This is also the reason why he has steered clear of negative headlines that comes with being in the spotlight.

"I never presented myself as a celebrity. At the time where I was starting out, most people didn't see my work. For example, four years after I had started, nobody recognised me as a famous person. That helped me a lot because I never identified as a person that needed publicity. I just get the work done," he said.

Even though Junior has an impressive list of roles and accolades under his belt, he admitted that staying relevant was important in today's world.

"The only thing about being a young experienced person in this industry is that you have to constantly strive to be an updated package. Back in my time, the number of [social media] followers didn't mean much, your work got you your next gig. But now, I need to work on other things like a great body and gaining a following," he said.

Junior said he doesn't mind working hard to be a package because thankfully he has experience and "God-given talent" on lockdown.

No matter how broke he is, Tumi Molekane won't ditch the cigars

Rapper Tumi Molekane, also known as Stogie T, has experienced the highs of getting big money and the feeling of losing almost all of it, but no ...
TshisaLIVE
4 years ago