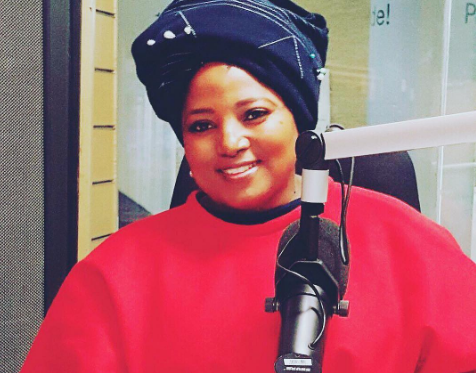 Metro FM has removed Criselda Dudumashe from its schedule.

The SABC has confirmed that Metro FM DJ Criselda Dudumashe has been "unscheduled until further notice," over comments she made about former Deputy Minister of Higher Education, Mduduzi Manana who faces charges of assault.

Criselda landed in hot water late last month after she shared a social media post, which seemingly defended Manana's character just days after it emerged that he allegedly assaulted a woman outside a Johannesburg bar.

After the major public backlash, Criselda deleted the post and issued a public apology.

Following the incident, the SABC launched a probe into Criselda's conduct and she has not been on air since then.

SABC spokesperson Kaizer Kganyago confirmed to TshisaLIVE that Criselda would not be on air until further notice because she has not been scheduled.

"Mrs Criselda Kananda-Dudumashe has not been scheduled on the station and will not present her show until further notice. This was a decision made by the station after comments she made on a public forum last month. No formal investigation into her conduct was launched but we have been in discussions with her to deal with the matter internally," Kaizer said.

Criselda confirmed the SABC's decision, however declined to comment on details surrounding the situation. Responding to fans' enquiries on social media, the radio personality said she did not know when or if she would return to Metro FM.

Criselda was also severely criticised for comments she made at an AIDS gender-based violence dialogue at the University of Venda in Limpopo last month.

In an exercise at the seminar, Criselda apparently asked men from the audience to stand up, before apparently telling people who were unsure about whether to stand up to look between their legs.

She later issued a public apology for the comments and rejected a nomination to the board member of the SA National Aids Trust (SANAT) over the backlash.