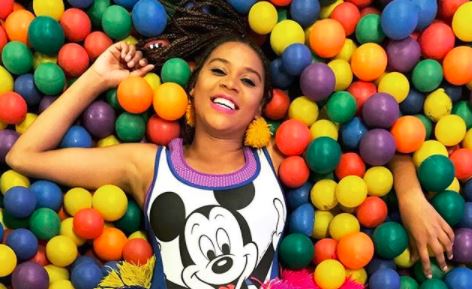 Rapper Sho Madjozi's unique Tsonga tracks have made it possible for her to live out her dream of sharing a stage with local and international artists, and meeting people from all walks of life

While Madjozi is living a dream, being in the spotlight also comes with its own set of challenges that she's had to learn how to deal with pretty fast.

During an interview with TshisaLIVE, Sho shared her weirdest fan experience so far.

"I'm partially in disbelief that I am called to perform on the same stages as people like Nasty C and A$AP Ferg, because I'm such a big fan. But at the same time, people have shown me love and some of my supporters are really crazy, like just like me. There's a girl that snuck into our hotel room once after a performance in Polokwane and in the morning she woke up and went 'Sure Madjozi', signaled a thumbs up and left. It was hilarious," she said.

The young rapper's unique style has seen her quickly become one of the most sought after artists in Mzansi. Since bursting onto the scene on Okmalumkoolkat's hit song Gqi, she has revealed her talents which include poetry and acting.

Madjozi is one of the artists who will be making people dance at the upcoming urban street culture festival Capsule Fest event in September.

The SA hip hop 'it girl' will be sharing the stage with award-winning rapper Kwesta, Nasty C and the international US-born rapper A$AP Ferg. The Dumi Hi Phone hitmaker aims to represent her culture and to show young people that remaining authentic is the "new cool".

"I'm in my element when I am rapping because I am firstly a writer. But the energy I give on stage and my level of craziness is just [a reflection] of who I am. I'm lucky in that people just love me for the real me. Sometimes I don't even understand, maybe they see themselves in me. So I have fun and I give it my all whenever I am on stage," she said.

Although Madjozi  won't be releasing any of her music as yet, she shared that people must look out for features and crazy performances. She explained that she's been advised to build her fan base first.

Rapper Gigi Lamayne's recent announcement about opening her own agency has left her fans wondering if she has left Mabala Noise, however she has ...
TshisaLIVE
4 years ago

Musician Musa Sukwene is undoubtedly one of the biggest names to come out of singing competition Idols SA and despite singing about love the singer ...
TshisaLIVE
4 years ago