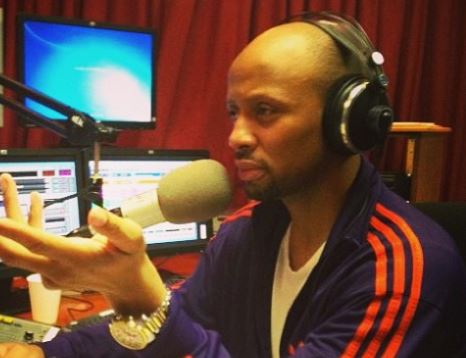 Radio personality Phat Joe has reflected on the death of a partner.
Image: Via Instagram

Controversial radio personality Phat Joe has reflected on the pain of losing a partner who committed suicide, explaining that it was an experience that he would "never forget" and still made him emotional.

In a Fresh Breakfast interview on Metro FM on Friday, the personality shared intimate details of his state of mind at the time and what lead to his ex-girlfriend taking her own life.

"It was so weird, we had gone to see (the film) Crouching Tiger, Hidden Dragon and at the end of the movie, the girl kills herself, so that was the last date we went on and on that night we broke up. And the reason we broke up was because she wanted to go to England," he started off.

Phat Joe explained that he only found out later that her reasons to go to England were valid. She had left to go re-unite with her father, who apparently "didn't even want to see her".

"She had gone to reconnect with her dad and her dad didn't even want to see her. So she's going through all this stuff, I don't know about it. I only find out about it when she gets back and the night I went on a date with my son's mother, she calls me," he said.

An argument later ensued and Joe said the next day, his ex-girlfriend called and claimed that she had self-harmed. He brushed it off, only to receive a call about three hours later from a close friend who told him that his ex had committed suicide.

"I bolted. I don't know what is going through my mind. I am crying. We get there and I was told 'it's too late, she's gone,''' an emotional Joe said.

Joe paid tribute to her, calling her the most bubbly and outgoing person he had ever met.

AKA has never been shy to speak his mind about everything from politics to matters in his personal life, and the rapper wants to make it clear that ...
TshisaLIVE
4 years ago

Gospel music artist Dr Tumi has explained that he will not tolerate people "worshipping" him and described some of the experiences that have left him ...
TshisaLIVE
4 years ago