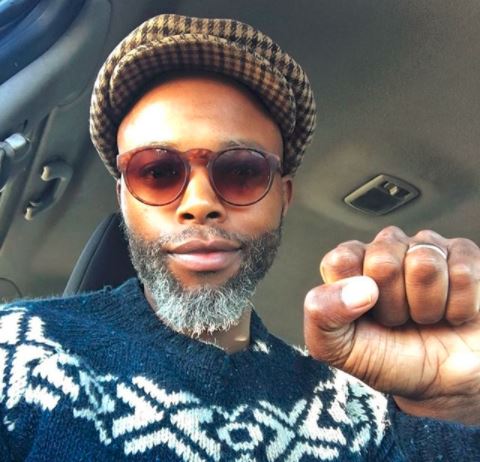 Thapelo Mokoena speaks out against women and child abuse.
Image: Via Instagram

Actor Thapelo Mokoena has revealed that playing an active role in the fight against women and child abuse should be a part of daily life, which plans to inspire more people to do.

During an interview with TshisaLIVE, Thapelo said he is passionate about starting conversations around the scourge of abuse and wants to inspire men around him to do better.

"Anti-women and child abuse movements are not just campaigns, that come to an end. This is [real] life, we can't only speak up after something has happened. We need to actively and continually work at protecting our women and children," he said.

Thapelo said he is baffled by the brief attention given to the increasing cases of violence against women and children. He added that as a father to a boy, he strives to teach him to be a better man, something he hopes young parents strive to do as well.

"I have brought a human into this world, I have a son and his happiness and wellness of his mind is very important to me. I give him my time and love, that's where we have to start," he said.

The Broken Vows actor added that he  is constantly inspired to speak about the importance of protecting  women because the safety of his wife, mother, sisters, and friends are a constant worry for him.

Thapelo hopes that by using social media to have important conversations the message would reach more people.

Brothers Let's Stop Playing Games! A Measure of a MAN is in your hands. Let's put our names on it,Let US protect our #Women & #Children #ProtectThem #BrandSA @brandsouthafrica #AfriCAN #ThisIsAfrica #SpreadLove #ShareYours❤️🖤✊🏾

In true Minnie Dlamini style, she jetted off to Paris for a week of fun with her bridesmaids ahead of her white wedding expected to take place later ...
TshisaLIVE
4 years ago