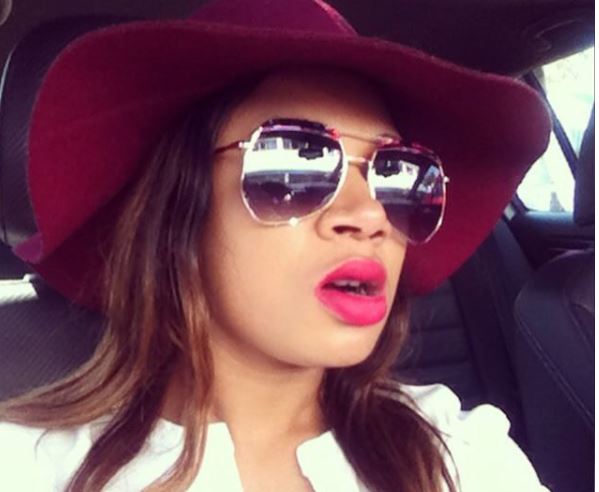 Diski Divas's star Sibongile Masuku‚ who has been continuously mocked on social media over her English has come out guns blazing against critics‚ saying the language is not a priority in her life.

During an interview with TshisaLIVE‚ Sibongile revealed that she proudly speaks three African languages and that she owes no one "good English".

The Bloemfontein Celtic player Khethokwakhe Masuku's wife's said the constant social media commentary around the way she speaks does not bother her.

"I am a pedi girl‚ born and raised in the village of Sinthumule in Limpopo. I went to school there and stayed there for most of my life. I only moved to Joburg in 2012 after I met my husband. I am fluent in Sepedi‚ TshiVenda and Zulu and people still have the audacity to ask me to speak proper English? I don't owe anyone good English‚" she said.

Sibongile compared other peoples' attempts at speaking vernacular languages‚ and questioned why it was an achievement if someone could string a few sentences in vernac.

"Look‚ most white people can't properly speak our languages‚ but people congratulate them like they have achieved something when they speak just two sentences. I am proud that I speak three African languages fluently‚ so speaking English 'properly' is not a priority to me and it shouldn't be for other people‚" she said.

The diski diva said she knew before she agreed to be on the show that she would get criticism.

Sibongile said that with the help of her family‚ and husband she mentally prepared herself to deal with peoples' opinions of her‚ which she doesn't care about.

ANCYL treasurer-general and Mabala Noise boss Reggie Nkabinde sure knows how to spoil his lady.  A week after their extravagant wedding celebrations ...
TshisaLIVE
4 years ago

Police members of an anti-gang unit were allegedly told to withdraw from Manenberg in the midst of a gang war to “sit in the shade” at the ANC Youth ...
Politics
4 years ago

Legendary musician Yvonne Chaka Chaka has explained how her long career has made her an "in demand" artist, who after 32 years in the industry, still ...
TshisaLIVE
4 years ago

Celebrity couple Thishiwe Ziqubu and Mandisa Nduna have again flaunted their love to prove that homophobic comments have no place in their ...
TshisaLIVE
4 years ago

Robbie Malinga has come out to set the record straight on swirling speculation surrounding his health, after a frail-looking picture of him started ...
TshisaLIVE
4 years ago

I was on my way to the awards when my dress snapped, says Enhle Mbali

Actress Enhle Mbali is passionate about not playing into industry stereotypes, and proved that when she stepped onto the Mzansi Magic Viewers' Choice ...
TshisaLIVE
4 years ago