The people’s bae opens up about his absent father 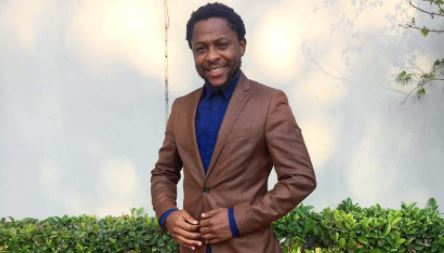 The people's bae opens up about growing up without his dad.
Image: Via Twitter

EFF spokesperson Mbuyiseni Ndlozi aka 'the people's bae,' who recently completed his PHD in politics revealed that his studies also led him to his absent father.

The politician told Iman Rappetti on Power FM  that he stumbled upon his father's name in academic archives while doing reasearch.

"I couldn't claim him as my father because from a point of view of what fathering is about, he is not. I met him as an adult, as a young man already and that was the consequence of his absence in my life. It is that I now had a choice of whether to include him in my life or not. And whatever decision I took, would have been correct. I would not be victimised for it," he said.

Mbuyiseni said that when he met his father, he listened to his  life story and  also got insight into why his father never "claimed" him.

He said he was grateful for the story because he realised that his mother's parenting was always "enough".

"From the interview I went straight to my mom and my grandmother and told them, 'I know you know this but you were enough and you will always be enough. All on your own," he said.

Mbuyiseni said he told his mom about his feelings when he broke the news of his upcoming graduation to her.

"She checked her WhatsApp and then she calls back and she just weeps. She couldn't talk, she [managed] her first three words and the rest were [mumbling]," he said.

Mbuyiseni said it was an emotional moment for both him and his mom.

"It just warmed my heart and I can't take my mother crying, it's too contagious. I also immediately became emotional, that was an intense moment."

Listen to rest of the interview below:

IN MEMES: Twitter shook by what it took for OPW groom to stop cheating

Twitter users are at their wits' end over brides who "marry" to solve issues in their relationships and last night's episode of Our Perfect Wedding  ...
TshisaLIVE
4 years ago

He may have previously topped the charts and won over the hearts of female fans across the country but there was a shortage of love for I deserve ...
TshisaLIVE
4 years ago

SA-born comedian Trevor Noah walked away with his first Emmy this weekend at the award's Creative Arts ceremony in LA, taking the top prize for his ...
TshisaLIVE
4 years ago

Robert Whitehead and Leeanda Reddy, flew the South African flag high when they were among a group of South African actors who shared the screen with ...
TshisaLIVE
4 years ago

A year after being released at South African box offices, Dora's Peace continues to wow international audiences, scoring a prestigious invitation to ...
TshisaLIVE
4 years ago