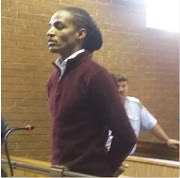 Image: TshisaLIVE Brickz will be back in court on September 28.

Sentencing procedures in the rape case against kwaito musician Sipho Charles Ndlovu, popularly known as Brickz, have been postponed to September 28.

Brickz made an appearance in the Roodepoort Magistrate's Court on Thursday morning.

His legal team asked for a postponement to prepare heads of argument in the sentencing matter. His lawyer also indicated that the verdict would be appealed.

On Wednesday his wife, Nqobile Ndlovu, told TshisaLIVE that the case was "weighing her down."

"I can't think straight when it comes to this hectic situation. I need strength from God  to pull through, but I'm waiting for the sentencing," she said.

He was found guilty of rape in July and has been in police custody since.

The musician has maintained his innocence and has repeatedly said the "truth will come out."