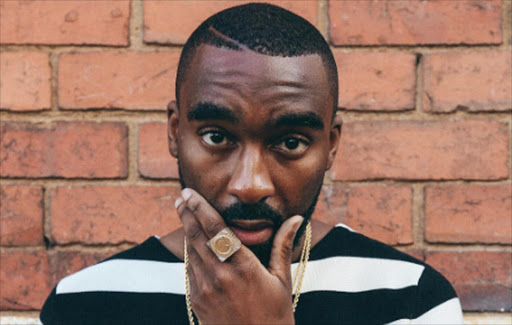 Rapper Riky Rick got tongues wagging after a video of him mocking one of his young crew member's fake sneakers started doing the rounds on social media.

In the video, which was shared on Twitter on Wednesday afternoon, Riky is seen questioning the young man about his fake Balenciaga shoes. The rest of the crew burst into laughter as Riky asked for a plastic bag to throw the shoes away.

The video rubbed some people up the wrong way and they accused Riky of "humiliating" the young guy.

The Boss Zonke hitmaker returned to Twitter to set the record straight.

"Nkosi yam (My lord), the kid sum of u are saying was "humiliated" is saying "thank you" for being saved from 'Falenciagas'. Don't be sensitive bafethu (guys). My older brothers and OGs always used to and still gwaza (stab) us like that. If he was embarrassed would he be posing with the vans I bought him," Riky said.

Nkosi yam, the kid sum of u are saying was "humiliated" is saying "thank you" for being saved from "Falenciagas". Dont be sensitive bafethu. pic.twitter.com/sG4Gy0QELH