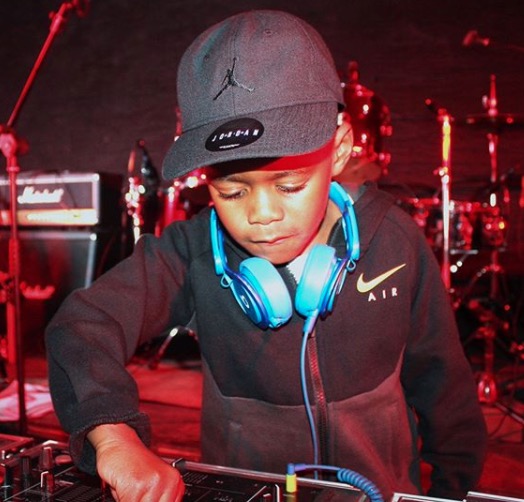 Five-year-old Oratilwe AJ Hlongwane, popularly known as, DJ Arch Jnr has made it onto the Guinness World Records as the youngest club DJ in the world.

The little boy's father, Glen Hlongwane told TshisaLIVE they received the letter informing them of the great news on Wednesday and that his name was uploaded onto the website.

“I was so excited and so was Oratilwe when I told him. He was very excited although I don’t think he actually understands how big a deal this is. I asked him what I should get him to celebrate, he said ‘cupcakes’,” Glen said.

The 2015 SA’s Got Talent winner broke the record after playing to an audience of over 100 people.

This was DJ Arch's third attempt at making it onto the prestigious records after two unsuccessful tries.

Glen said the first time they failed because the then three-year-old could not play a full hour set and the second attempt was not approved, because he played at a stadium and not a bar.

However, on June 10 they "snuck" the young DJ into a bar in Cosmo City, known as Platinum Lounge, where he played a one hour set.

Glen said he is proud of Arch for working hard to break the record.

“To be the youngest DJ in the world is a big deal. It’s a great thing for South Africa and for black people. I’m incredibly proud of him and I think the fact that he managed to concentrate for an hour to give an impressive DJ gig is truly amazing,” he said.

Here's a video the set that earned the young DJ a world record: